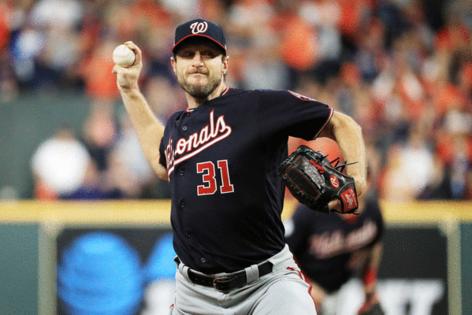 LOS ANGELES — On May 9, after his Los Angeles Dodgers’ record dropped to 18-17 with a loss to the Angels, manager Dave Roberts dispelled any concern. He projected confidence.

“We’re gonna be at the top of this division,” Roberts said. “I have no doubt in my mind.”

The Dodgers had lost 15 of 20 games. They were reeling. But 127 games remained on the regular schedule, plenty of time to surpass the San Francisco Giants and San Diego Padres in the National League West and steer themselves on track to another World Series title.

On cue, the Dodgers rebounded. They entered Friday 44-25 since that loss in Anaheim with the fourth-best record in the majors. The turnaround was expected. Less expected: The Dodgers are still sitting in second place behind the Giants with a stubborn uncertainty looming over some of their best players.

Trevor Bauer is out indefinitely — maybe never to wear a Dodgers uniform again — after being accused of sexual assault. Mookie Betts has a nagging hip injury. Clayton Kershaw is on the injured list with forearm trouble. Cody Bellinger is batting .160. Corey Seager returned Friday after missing 21/2 months with a broken hand.

So Andrew Friedman took control before Friday’s trade deadline. On Thursday, the president of baseball operations traded for Danny Duffy to fortify the pitching depth. On Friday, he upended the baseball world by acquiring All-Stars Max Scherzer and Trea Turner from the Washington Nationals for four minor leaguers, including Keibert Ruiz and Josiah Gray, the organization’s top two prospects.

Turner is a versatile talent with another season under team control; he provides a safety net for a lineup in constant flux. He’s also the logical replacement for Seager at shortstop in 2022 if Seager departs in free agency this offseason. Scherzer will effectively replace Bauer for the remainder of the season. Although he is a free agent this winter, the Dodgers hope to re-sign him. In the short term, they kept him from going to the rival Padres, who made their own hard push to land Scherzer.

“For us it was about adding impact talent,” Friedman said of beating out a division rival for Scherzer. “It’s definitely an added bonus, but not the driver.”

Major midseason trades aren’t foreign to Friedman. He acquired Rich Hill in 2016, Yu Darvish in 2017 and Manny Machado in 2018. But Friedman knows this year is different. The Dodgers aren’t the only NL West power anymore — not this season and not for the foreseeable future.