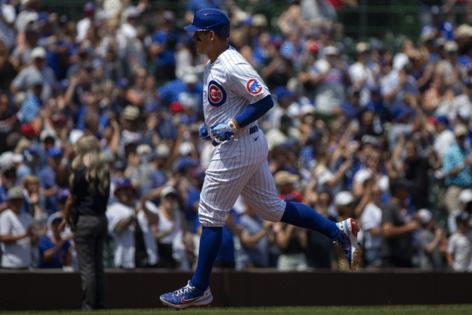 The New York Yankees are finalizing a deal to acquire Chicago Cubs first baseman Anthony Rizzo, according to multiple reports.

Rizzo, who sat out Thursday’s game, is the longest-tenured Cubs player and the first building block of the rebuild that began with his acquisition from the San Diego Padres in 2012.

The Yankees have made two big moves in the last two days, acquiring two left-handed bats in Texas Rangers outfielder Joey Gallo and Rizzo in a push for a playoff spot.