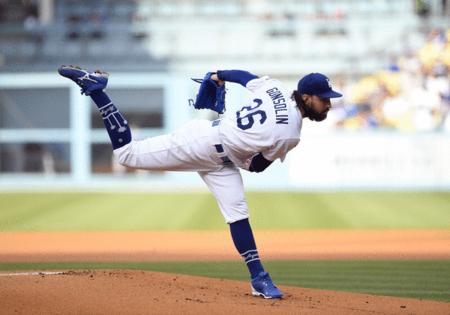 “That’s kind of our message to him,” Roberts explained before the game. “Go make pitches.”

Tony Gonsolin responded with 5-1/3 shutout innings against Colorado, matching his longest outing of the season.

Just as notable were the 3-2/3 innings that came after Gonsolin as Roberts’ bullpen finally locked down a victory, this one 1-0, ending a nightmarish stretch.

Entering Saturday, the Dodgers had lost five of six games with each of their previous three defeats coming after blowing a late lead.

Following an All-Star-like first half, closer Kenley Jansen opened the second by squandering his first three save opportunities. But Jansen retired three of the four Rockies he faced in the ninth inning, striking out C.J. Cron to end the night and secure his 22nd save.

Jansen entered the game to cheers but only after a ripple of concern passed through the crowd of 42,245. He had been booed at home after his previous two outings.

Roberts never wavered in his public support of Jansen, insisting that he didn’t see the need for a change.

After retiring Charlie Blackmon on a popup and Trevor Storey on a fly ball, Jansen walked Ryan McMahon. But he rebounded to dispatch Cron on three pitches.

The game’s only run came on Austin Barnes’ homer leading off the second inning.