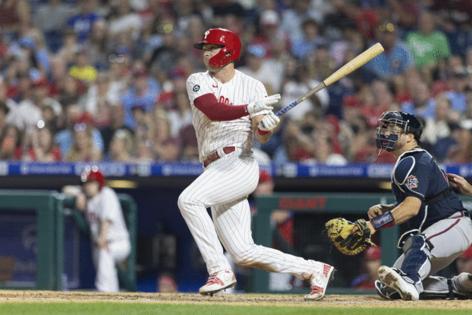 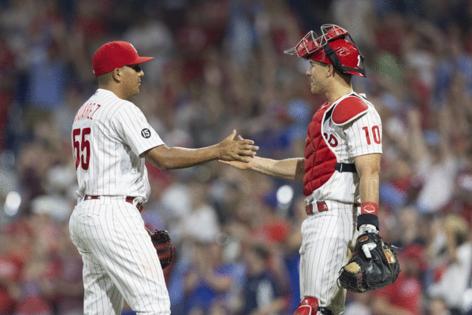 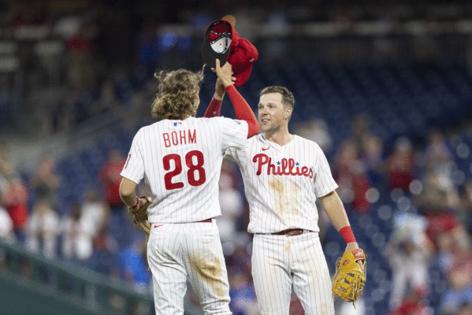 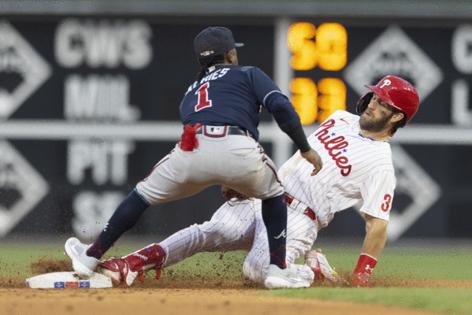 PHILADELPHIA — Bryce Harper did not hesitate Friday night when he broke for home plate in the fifth inning of a 5-1 win over the Braves. He had already stolen second base and tried to steal third before aggressively moving to the base on a grounder to the left side. So of course he was stealing home.

He sprinted from third as soon as Freddie Freeman caught a pick-off throw at first and threw to second base as the Braves tried to catch Rhys Hoskins between first and second. By the time Ozzie Albies threw home to get Harper, he had already crossed the plate.

Harper reached base three times, stole a career-high three bases, stretched a single into a double, and moved from second to third with alert baserunning. It was the first time Harper stole home since 2012, when he stole home as a rookie off Cole Hamels after the Phils’ pitcher plunked him.

The Phillies entered Friday a week from the trade deadline and mired in a three-game losing streak. The momentum they built earlier this month seemed to be fading away. They needed a win on Friday and Harper’s baserunning gave them a needed spark.

Momentum, Joe Girardi said on Thursday night, is only as good as the next day’s starting pitcher. So he felt good about his team’s chances to regain their momentum on Friday behind Zack Wheeler.

The pitcher was not perfect — he allowed seven hits — but he pushed himself through seven innings while allowing just one run and striking out eight. Harper’s baserunning sparked the Phils, but Wheeler’s right arm guided them.

Wheeler loaded the bases with two outs in the fifth before escaping the jam with a groundout. He allowed a leadoff single in the sixth but induced three straight ground balls. Wheeler started the seventh with 100 pitches and retired the three batters he faced on just 11 pitches.

J.T. Realmuto’s first-inning homer was his 10th of the season, making him the only major league catcher to have 10 homers in each of the last seven seasons. He struggled at the plate in June following his wrist injury earlier this season, but his July has been strong. The Phillies need a strong finish from their catcher.