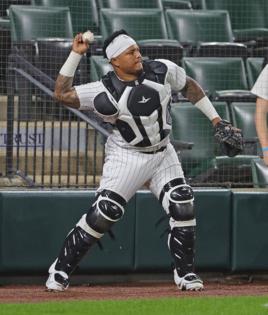 An image reading “it’s over” was posted on Mercedes’ account with a caption in Spanish, part of which translates to “I am away from baseball indefinitely.” The caption also ends with “it’s over” in English.

Mercedes went 0-for-2 Wednesday for the Charlotte Knights before exiting the game.

“The White Sox are aware of tonight’s Instagram post by Yermín Mercedes, who is currently on the active roster of our Class AAA team in Charlotte, N.C.,” the Sox said in a statement. “At this point in time, the White Sox have not received any official notification from Yermín concerning his future plans.”

Mercedes, 28, was one of the best stories in baseball early this season, becoming the first player since at least 1900 to begin a season with eight consecutive hits. He had a .415/.455/.659 slash line in April while serving as the Sox’s regular designated hitter to earn the AL rookie honor.