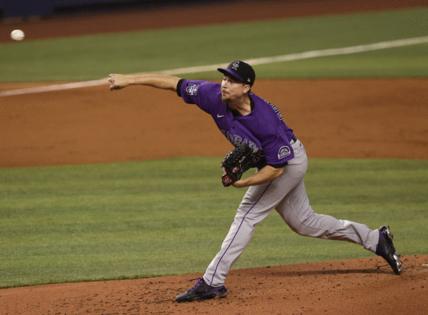 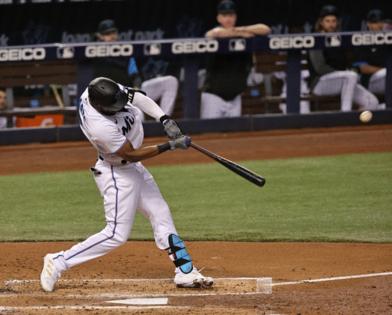 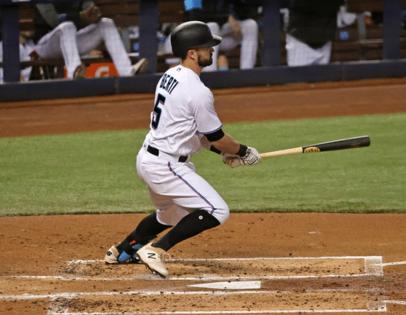 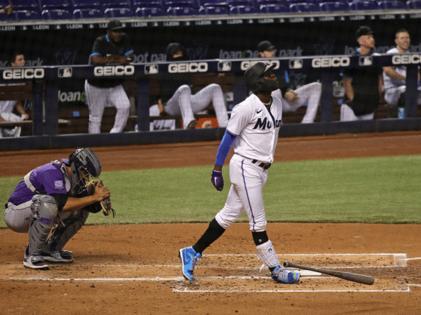 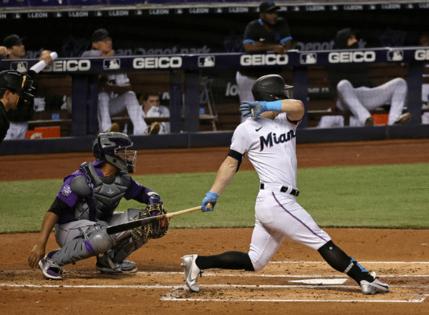 Jazz Chisholm Jr. and Trevor Rogers, both 23, were the first two to lead the Marlins onto the field Thursday, hopping over the first-base line and setting up at their critical spots in the diamond. As the shortstop, Chisholm led Miami’s infielders as they threw the ball around the horn while Rogers dug into his place on the mound to make the 20th start of his career. Together, they led the Marlins to an 11-4 rout of the Colorado Rockies on Thursday in Miami.

Rogers held the Rockies to two runs in seven innings — and both came in the seventh after the Marlins already built an 11-0 lead — and Chisholm reached base three times and crushed a three-run home run in the second inning to help Miami (27-35) win for just the fourth time in 15 games.

After dropping eight of nine on their most recent road trip, the Marlins began a six-game homestand by taking two of three from the Rockies (25-38) to win their first series in more than two weeks.

Manager Don Mattingly termed the road trip “a nightmare” and, despite it, Miami remains in the playoff conversation in the tightly packed National League East, sitting seven games behind the first-place New York Mets. The Marlins also have a positive run differential despite sitting eight games below .500 with exactly 100 games left to play in the 2021 MLB season.

Rogers (7-3) held Colorado to two runs on four hits in seven innings with eight strikeouts and just one walk, and his ERA actually rose to 2.02. The early-season frontrunner for the NL Rookie of the Year Award still ranks fourth in the NL in ERA and is now tied for 10th in the league in strikeouts. After going three straight starts without a win despite lasting at least five innings with two earned runs or fewer in each, Rogers finally got help from his offense, led by Chisholm.

It started, though, with Adam Duvall, who belted a two-run home run off Colorado starting pitcher Chi Chi Gonzalez in the bottom of the second inning to give Miami a 2-0 lead. It ballooned once the lineup turned over.

After Rogers struck out with runners on first and second, Chisholm came to the plate with two outs and dug himself into an 0-2 hole by missing on two pitches at the bottom of the zone. On the third pitch of the at-bat, Gonzalez (2-4) left an 86-mph slider right over the heart of the plate and Chisholm punished him. He dropped his hips, twisted his body and tossed the bat to the ground after crushing a three-run homer to the second deck in right field.

The ball sailed off the bat at 108.8 mph and traveled 431 feet — the longest home run at loanDepot park this season — to ignite the 4,965 in attendance. The Marlins built a 5-0 lead, then stretched it to 6-0 four pitches later when outfielder Starling Marte crushed a 426-foot home run to left-center.

Chisholm scored another run in the bottom of the sixth against the Rockies’ bullpen, drawing a leadoff walk, and eventually scoring on a passed ball after he went first to third on a throwing error by Ryan McMahon at third base. He also reached on an infield single in the seventh and is now on a four-game hitting streak, and batting .262 with a .524 slugging percentage and three home runs since returning from the injured list June 1.

They received another challenge Thursday after placing second baseman Nick Madrigal on the 60-day injured list with a proximal tear of his right hamstring...Read More