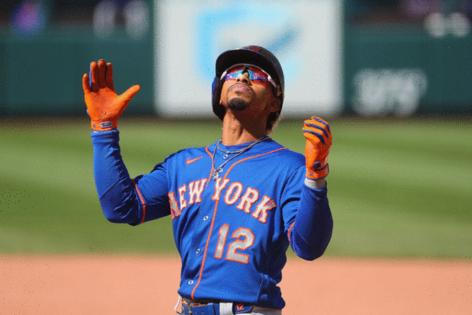 NEW YORK — The Angels’ decision on Thursday to release Hall of Fame-bound slugger Albert Pujols with a little under $30 million owed him on the last year of his contract was both stunning and necessary even if a lot of people in baseball and the media viewed it as cold-hearted.

And from afar, it is understandable if Mets owner Steve Cohen might be looking at the unceremonious Angels-Pujols divorce with a little bit of angst. We’ll get to that in a minute, but first the circumstances that led to Angels owner Arte Moreno eating the last vestiges of one of the worst contracts in baseball history. Despite Pujols’ deserved reputation as a great teammate and a class act on and off the field, it wasn’t quite like that this season as he grappled with the reality of being 41 with vastly declining production at bat and agility in the field. He’d become a problem in the clubhouse for the Angels as they sought to get increased playing time for Jared Walsh (.318/.393/.542) at first base and Shohei Ohtani at designated hitter on days he wasn’t pitching.

“He wants to play and he wants to be on the field,” Angels manager Joe Maddon said of Pujols while GM Perry Minasian added as gently as he could: “Albert is not a bench player. Him being on the bench would not do him any good.”

As for Moreno, saying goodbye to Pujols, hitting .198 at a time the Angels had just been swept by Tampa Bay to fall into last place in the AL West, wasn’t hard. When he lured Pujols to Anaheim for a 10-year, $240 million contract after 11 of the most productive seasons with the Cardinals as any player in the game — three MVPs, Rookie of the Year in 2001, three times leading the league in slugging and OPS, 40-plus homers six times, one batting title, 19 homers/54 RBIs/1.030 OPS in 77 postseason games, a record 14 total bases in the 2011 World Series — Moreno expected at the very least to get maybe one World Series out of it. Instead, in Pujols’ 10 years with the Angels, they made the postseason once, getting swept by the Royals in the 2014 ALDS.

It was a crazy contract to begin with, given the fact that Pujols was already 31 and coming off his worst season in St. Louis in which he fell under .300 for the first time with the lowest OPS (.906) of his career to that point. With the Angels, he never hit .300 again and never surpassed .900 OPS. After hitting well over .300 in his first 10 seasons with the Cardinals, Pujols hit under .250 in his last four years with the Angels including a career-low .224 last year. Nevertheless, he thought he still deserved to play regularly.

It is worth remembering what Cardinals owner Bill DeWitt, whose final offer to Pujols was $210 million for 10 years, said at the time: “This is a very knowledgeable baseball market. I think they realize you can only do so much for a given player and still compete year after year.” DeWitt later said because it was Pujols the Cardinals had stretched their offer as much as they possibly could even though they knew they couldn’t expect the same level of production from him from ages 31-41.

At the same time Moreno was doling out the 10 years, $240 million to Pujols in January 2012, Tigers owner Mike Ilitch, essentially bidding against himself, signed overweight Prince Fielder to a nine-year, $214 million deal. Fielder lasted only two years in Detroit and retired prematurely in 2016 due to neck injury. Mind you, this is the same Mike Ilitch who, in 2014, signed 31-year-old Miguel Cabrera to an eight-year, $248 million extension — a contract which is shaping up as much or more of a boondoggle as Moreno’s deal with Pujols.

Which brings us back to Cohen, whose own Francisco Lindor is off to an even worse start than Pujols, but is instead in the first year of a 10-year, $341 million contract. Cohen can only hope this is just a matter of adjustment to New York for Lindor and that he’ll eventually get on track. But it is perhaps worth remembering that Lindor, 27, had the lowest slash line (.258/.335/.415) of his career in last year’s COVID-19-abbreviated 60-game season. In giving Lindor that record contract, Cohen was eager to prove to the beleaguered Met fans and the media types who are always insistent on spending the owners’ money that he was not a Wilpon. In retrospect, and seeing now at how many of these long-term contracts of $200 million or more turn out badly, Cohen is perhaps wishing he’d waited to see how Lindor played in New York before doing the deal.

Cardinals starter Adam Wainwright’s answers Monday night about his name appearing in a Sports Illustrated story about some of the top pitchers in baseball using one of the sticky concoctions the league has now decided to...Read More