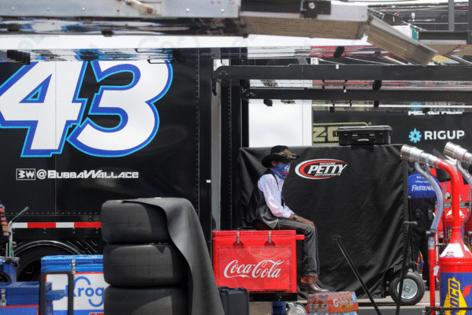 Gallagher’s team announced in the fall its plans to run a full-time entry in the Cup Series in 2022. At the time, GMS president Mike Beam said that the team had not obtained a charter, but it intended to do so in order to guarantee entry into all Cup points events. Ty Dillon was announced as the driver for GMS’s No. 94 Chevy for next year.

In a joint statement released Wednesday, GMS and RPM said that RPM’s two Cup series charters are included in the agreement. One of Petty’s charters is used to run the iconic No. 43 Chevrolet driven by Erik Jones. The other charter thought to be involved in the deal was leased to Rick Ware Racing during the 2021 season.

“This is a special moment for both organizations, as the Next Gen car allows a new chapter to be written,” the statement read.

It’s not immediately clear what the sale means for announced drivers, as well as RPM owners Andrew Murstein and NASCAR champion Richard Petty. Murstein, founder of investment company Medallion Financial Corp., purchased majority ownership in RPM in 2010. Petty holds a minority stake in the company that began as Petty Enterprises before the RPM rebranding. The team has won five Cup Series races with three different drivers since 2009.

The team said that additional details will be unveiled at an event next Tuesday afternoon at the NASCAR Hall of Fame.

CHARLOTTE, N.C. — NASCAR’s biggest Silly Season moves were known by mid-summer, but with the offseason here, those changes have finally been set in motion.

People renting cars for holiday trips may be in for some sticker shock.

PHOENIX — NASCAR’s season finale at Phoenix Raceway is Sunday at 3 p.m. on NBC. Four drivers are vying for a championship trophy after 35 grueling points races, including a dramatic closer to the Round of 8 at ...Read More