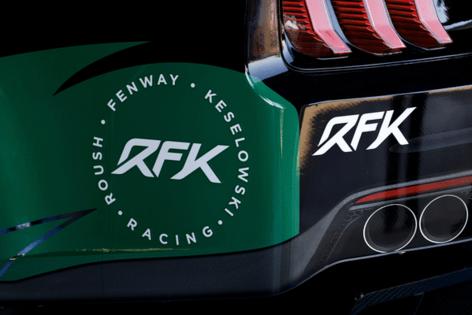 CHARLOTTE, N.C. — NASCAR’s biggest Silly Season moves were known by mid-summer, but with the offseason here, those changes have finally been set in motion.

Trackhouse Racing, for example, opened its newly rebranded shop in Concord on Monday. Drivers Daniel Suárez and Ross Chastain were present for the official unveiling.

A surprise announcement in late June revealed the sale of Chip Ganassi Racing’s assets and Cup Series charter to the Justin Marks-owned Trackhouse team. Chastain, a former Ganassi driver, signed a multi-year contract to race the No. 1 Chevrolet for the expanding operation.

Cup Series veteran and former No. 1 driver Kurt Busch is transitioning with a multi-year deal to 23XI Racing, joining the Michael Jordan and Denny Hamlin-owned team and competing alongside Bubba Wallace. Busch tested the Next Gen car with 23XI at Charlotte Motor Speedway last week.

Brad Keselowski is another veteran driver transitioning teams. The former Penske racer announced in July that he would step into a partial ownership role at Roush Fenway Racing, recently rebranded to RFK Racing, short for “Roush Fenway Keselowski.” Keselowski will also drive the No. 6 Ford for RFK, meaning Ryan Newman will not return to Roush.

Newman told reporters at Phoenix that he wasn’t sure whether he would return to the Cup Series on a full-time basis in 2022, but that he still wanted to compete in NASCAR’s top series. He expressed that results were also a priority for him.

“In the end, I can’t be happy running 25th or qualifying 30th or racing for a lucky dog,” Newman said. “That just doesn’t do it for me.”

Full-time opportunities at the top teams have filled up. Austin Cindric, a 2021 Xfinity Final 4 driver, will move to Team Penske to drive the No. 2 vacated by Keselowski, while Xfinity driver Harrison Burton is similarly moving from the lower-lever series into Cup next year. He’s set to drive the No. 21 Ford for Wood Brothers Racing.

Like Newman, a few other full-time Cup drivers haven’t yet stated their 2022 plans. Former No. 21 driver Matt DiBenedetto said at Phoenix that he was working to put sponsorship together and that he was still searching for his next ride. Ryan Preece, a JTG Daugherty driver in 2021, also shared during the Championship weekend that his plans for next season were not finalized. (His former JTG team is moving to field a single car driven by Ricky Stenhouse Jr. next season.)

Anthony Alfredo, who finished his rookie season with Front Row Motorsports, is not returning to the team in 2022, either. Earlier this month, it was announced that Alfredo would “explore other opportunities” in a team release that thanked Alfredo for being an FRM ambassador. FRM has not yet shared who will take Alfredo’s place in the No. 38.

People renting cars for holiday trips may be in for some sticker shock.

PHOENIX — NASCAR’s season finale at Phoenix Raceway is Sunday at 3 p.m. on NBC. Four drivers are vying for a championship trophy after 35 grueling points races, including a dramatic closer to the Round of 8 at ...Read More

Ryan Blaney’s nickname might be YRB — “Young Ryan Blaney” — but the 27-year-old NASCAR driver is actually something like a grizzled outdoorsman. He spent Thursday morning chopping trees for firewood while donning...Read More