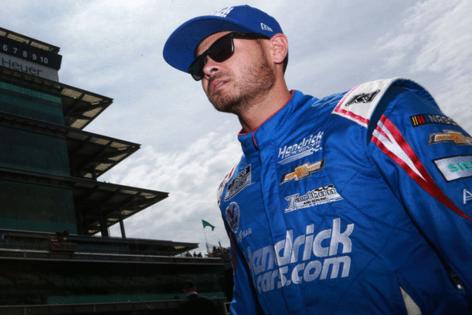 Below are The Charlotte Observer’s NASCAR power rankings for the week of Aug 16. This list is updated each week.

— Alex Bowman (-1) finished 17th at the Indy road course after a 20th-place finish at Watkins Glen. Before the recent road course races, Bowman posted a top-five finish at Atlanta (fourth) and a top-10 finish (ninth) at New Hampshire; the return to ovals will be a welcome shift for the No. 48 team.

— Denny Hamlin (previously unranked) led the second-most laps at the Indy road course (27 laps) behind Kyle Larson’s 28. He was in the lead in the final minutes of the race, but was spun off contact from behind by Chase Briscoe, who received a stop-and-go penalty. Hamlin finished 23rd, but still holds the second-most top five and top 10 finishes behind Larson this season.

— 3. Kyle Busch (-1) drops a spot after finishing 20th at Indy. He finished fourth at Watkins Glen and crashed out of the race at New Hampshire early. His four finishes in the races prior to that, however, were all in the top three.

— 2. Chase Elliott (+1) has back-to-back top-five finishes. He was second at Watkins Glen and fourth at the Indianapolis Motor Speedway road course, and made up time for a long pit stop late in last Sunday’s race. But Elliott still finished both events behind his Hendrick Motorsports teammate.

— 1. Kyle Larson (no change) was third at Indianapolis behind A.J. Allmendinger and Ryan Blaney. Larson led the most laps of the race and was at the front of the pack when mid-pack cars were damaged by track curbing in overtime. He now leads the series in points by 22 over Hamlin.