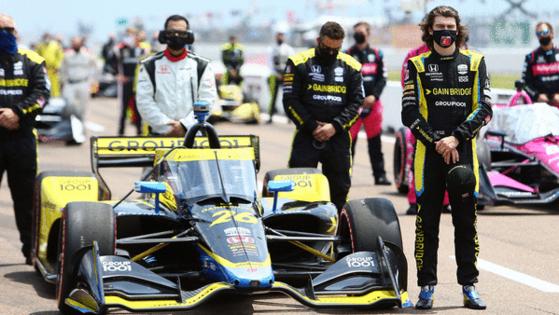 TAMPA, Fla. — When NASCAR and the IndyCar Series returned to the track last year, they did so with tighter race weekends. NASCAR eliminated almost all practice and qualifying sessions to reduce exposure, while IndyCar’s first event after the shutdown was a one-day stop at Texas Motor Speedway.

The condensed schedules continued this year, too, and are probably here to stay.

NASCAR’s top Cup Series only has practice and qualifying at eight of its 36 races this season (all marquee events or new tracks). At every other stop, including the regular-season finale at Daytona International Speedway later this month, the starting grid comes from a formula that incorporates results from the previous race and overall points.

IndyCar didn’t tweak its weekend schedule much for April’s Firestone Grand Prix of St. Petersburg. But it condensed its usual three-day event at Alabama’s Barber Motorsports Park into two days for the season opener a week earlier.

The changes haven’t seemed to hurt the racing. NASCAR’s first 23 races have featured 13 different winners, and each of IndyCar’s first seven races had a different winner, including first-time victors Alex Palou, Pato O’Ward and Rinus VeeKay.

IndyCar president Jay Frye said the tighter schedule gives fans more entertainment over the weekend without asking them to take Friday off work. With one fewer day on the road, the reduced travel costs led to “a huge financial gain” for teams and the series while only eliminating one practice session.

Expect the lessons to continue into 2022 and beyond.

NASCAR announced Tuesday an update to its COVID-19 event operations protocol at the racetrack. Starting this weekend at Watkins Glen International, face masks will be required indoors at all times, regardless of ...Read More