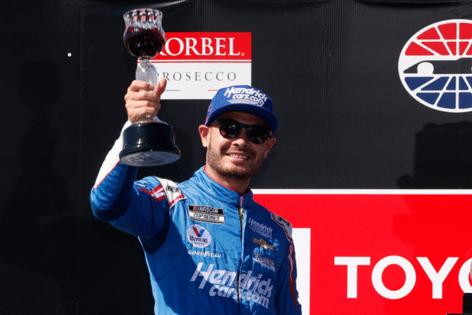 Aric Almirola won the last Cup race at New Hampshire to shake up the playoff picture ahead of the series’ break for Olympic programming on NBC. The next race is 3 p.m. Aug. 8 on NBCSN.

Below are The Charlotte Observer’s NASCAR power rankings for the week of Aug 2. This list will be updated each week.

— Joey Logano (previously unranked) finished fourth at New Hampshire for his eighth top-five this season behind upset race winner Aric Almirola, Christopher Bell and Penske teammate Brad Keselowski in the top three. The race was a bright spot for Penske with all three drivers finishing in the top five (Ryan Blaney finished fifth) and Logano continues to lead that pack in stats with 13 top-10 finishes and his team’s best average finish of 10.8.

— Chase Elliott (-1) led 53 laps of 293 total at New Hampshire but finished a disappointing 18th place. Elliott still has nine top-five finishes and two wins this season as he heads to one of his best tracks this weekend.

— 3. Alex Bowman (+1) moves ahead of Hendrick Motorsports teammate Chase Elliott thanks to his latest ninth-place finish at New Hampshire. Hendrick has seen a slight performance dip in recent races as an organization, but Bowman’s No. 48 team has put together four top-10 finishes and two top fives, including a win, in the last five races.

— 2. Kyle Busch (-1) led the opening six laps at New Hampshire after starting on the pole but crashed out of the race early due to an accident in Turn 1. He surged ahead of Kyle Larson in Power Rankings for one week thanks to a string of four top-three finishes, but the latest early exit bumps him back down a spot.

— 1. Kyle Larson (+1) finished seventh at New Hampshire, improving on back-to-back finishes out of the top 15 at the previous two races. Since his win at Nashville, Larson’s average finish has dipped slightly to 10.4 in the last five races compared to his total season average finish of 10.3 in the first 22 races, but no driver has been able to match his four wins this year.