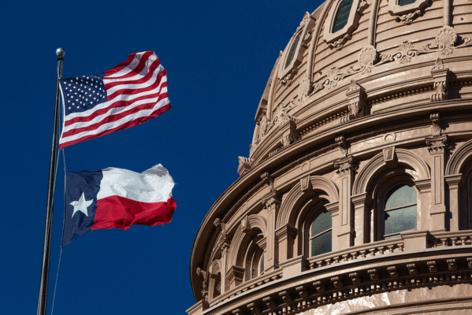 Anti-abortion advocates are pressing for expanded abortion bans and tighter restrictions since the Supreme Court overturned the national right to abortion. But with the debate mostly deadlocked in Washington, the focus is shifting to states convening their first full legislative sessions since Roe v. Wade was overturned.

Although some state GOP lawmakers have filed bills to ban abortion pills or make it more difficult for women to travel out of state for an abortion, others seem split about what their next steps should be. Some are even considering measures to ease their states’ existing bans somewhat, particularly after Republicans’ less-than-stellar showing in the 2022 midterm elections and voters’ widespread support for abortion on state ballot measures.

Meanwhile, Democratic-led states are looking to shore up abortion protections, including Minnesota and Michigan, where Democrats sewed up legislative majorities in the November elections.

Anti-abortion groups said their goal in overturning Roe v. Wade was to turn the decision back to the states, but now they are making clear that what they want is an encompassing national abortion ban.

“Legislation at the state and federal levels should provide the most generous protections possible to life in the womb,” says the “Post-Roe Blueprint” of the anti-abortion group Students for Life.

The new Republican-led House showed its anti-abortion bona fides on its first day of formal legislating, Jan. 11, passing two pieces of anti-abortion legislation that are unlikely to become law with a Senate still controlled by Democrats and President Joe Biden in the White House.

So at the federal level, the fight is taking shape in the courts over the abortion pill mifepristone, which has been used as part of a two-drug regimen for more than two decades, and recently became the way a majority of abortions in the U.S. are conducted.

The Biden administration has moved to make mifepristone more widely available by allowing it to be distributed by pharmacies, as well as clarifying that it is legal to distribute the pills via the U.S. mail. But the conservative legal group Alliance Defending Freedom, on behalf of several anti-abortion groups, filed a federal lawsuit in Texas in November, charging that the FDA never had the authority to approve the drug in the first place.

In Texas, some lawmakers are exploring new ways to chip away at Texans’ remaining sliver of access to abortions. For example, one proposal would prevent local governments from using tax dollars to help people access abortion services out of state, while another would prohibit tax subsidies for businesses that help their local employees obtain abortions out of state.

Those measures could get lost in the shuffle of the state’s frantic 140-day, every-other-year session, if legislative leaders don’t consider them a priority. The state’s trigger law banning almost all abortions that went into effect last year “appears to be working very well,” said Joe Pojman, founder and executive director of Texas Alliance for Life, an anti-abortion group. In August 2022, three abortions were documented in the state, down from more 5,700 reported during the same month a year earlier, according to the most recent state data.