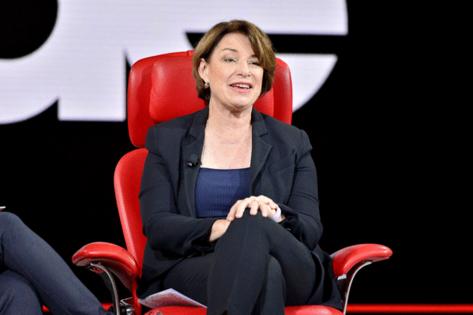 States will get resources to encourage the use of carbon monoxide detection devices and a federal grant to fund education and awareness programs under legislation sponsored by Sen. Amy Klobuchar in honor of two Minnesota brothers who died from carbon monoxide poisoning.

"As more Minnesotans turn on their heaters, it's good to talk about the progress we've made and what we can do going forward to help prevent tragedies from carbon monoxide poisoning," Klobuchar said in a press release. On Thursday, she held a press conference alongside fire chief and advocates to tout the legislation, which she said would "help prevent tragic deaths."

Klobuchar led bipartisan support for a bill, signed into law earlier this year, that will help states adopt tougher standards to ensure carbon monoxide detectors are safe and reliable. The law, to be administered by the The Consumer Protection Safety Commission,was dubbed the Nicholas and Zachary Burt Memorial Carbon Monoxide Poisoning Prevention Act, after two brothers from Kimball, Minn.

The CDC offers tips to prevent carbon monoxide poisoning including: to install a carbon monoxide detector in the house, and check or change its batteries every six months; never run a car, a generator, or any gasoline-powered engine inside a basement, garage, or other enclosed structure, even if the doors or windows are open; and having a qualified technician inspect and service all gas, oil, or coal burning appliances each year.

Call 911 or a health care professional right away with any suspicion of carbon monoxide poisoning.