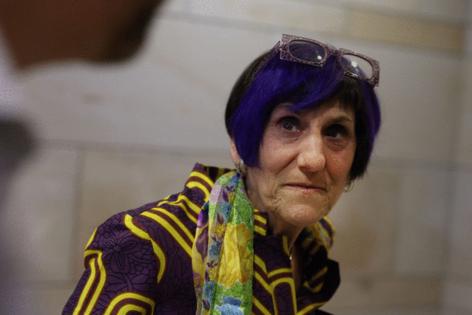 WASHINGTON — Top Democrats are playing hardball on government funding with slightly more than a week before federal agencies run out of budget authority after next Friday night.

“We’ve got to ... break a logjam here,” DeLauro said. “Otherwise, we’re going to a yearlong (continuing resolution) and that’s for sure.”

The Connecticut Democrat said she was working on certain “anomalies” to lessen the blow of a stopgap, which typically funds most agencies and programs at previous-year levels, that lasts the rest of fiscal 2023.

But that’s still unlikely to meet the priorities of either side of the aisle in year-end spending talks. The two parties are arguing over whether the total discretionary topline should grow by either 9% or 10%, underscoring both sides’ wish to counteract the effects of inflation running near 40-year highs.

While there’s no divide over defense spending, domestic and foreign aid accounts have proven to be an intractable problem thus far; Republicans say the difference is more than roughly $25 billion, though Democrats dispute that figure.

And given both parties’ commitment to a 22% boost for veterans medical care in any final deal, Democrats fear that GOP figures would squeeze other nondefense spending so it wouldn’t actually keep pace with rampant inflation.

Speaker Nancy Pelosi told reporters Thursday that given the military and veterans’ needs backed by both parties, Republicans weren’t offering enough money to meet other priorities.

“We may just have to go to a CR, which would be most unfortunate, but we have to weigh it against how unfortunate it would be if they cannibalized the domestic budget at the expense of the defense budget,” Pelosi said. “We need them both.”

Democratic aides said that point isn’t lost on their members, particularly in the House. And that could affect votes for a bill that doesn’t address inflationary pressures and top nondefense priorities — shared by Republicans — such as medical research, agricultural support and small-business aid.