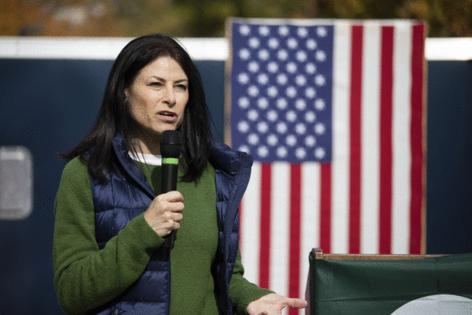 Nessel's office had been receiving reports of "threatening behavior and interference" at some recount locations, later clarifying that those reports related to complaints in Jackson County. The department also was contacted by the Ingham County clerk "to relay concerns."

"My department is monitoring the situation closely and will not hesitate to act should circumstances demand a response from law enforcement," Nessel said in the statement.

The $428,000 deposit Allen made to start the recount is being paid for, according to information on the Election Integrity Fund's Facebook page, with support from The America Project, which is led in part by Patrick Byrne, a former CEO of Overstock.com.

In Jackson County, election officials from Blackman and Henrietta townships on Wednesday recounted Proposal 3 votes at a central location with Lenawee and Calhoun counties, which were conducting similar recounts. But the process at times was interrupted by challenges from observers to rules outside the purview of the election officials, said Jennifer Crews, elections director for Jackson County.

"We had challengers there and they wanted to challenge some of the processes that were set by the Board of State Canvassers that the Bureau of Elections personnel were enforcing," Crews said.

Some of those challenges included items outside the scope of the specific recount, such as demands to see both sides of each ballot — though Prop 3 was only on the back of the ballot — and requests to review equipment, said Jake Rollow, a spokesman for Secretary of State Jocelyn Benson.

When Bureau of Elections staff rejected the requests, some challengers threatened to or attempted to file police reports over the incident, Rollow said.