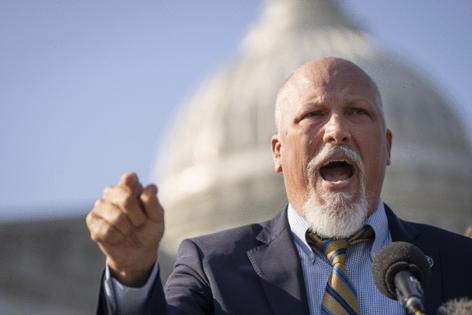 WASHINGTON — House Republicans unveiled a sweeping border security proposal on Thursday they plan to advance once they hold the majority in the 118th Congress.

At a news conference outside the Capitol, members of the Texas delegation previewed a 13-page legislative framework that aims to combat the historically high migration straining government resources at the U.S.-Mexico border.

“We’re not here to complain about what’s going on, but to offer solutions that we know will work for the betterment of our country, our state and to make sure that we’re saving lives,” said Rep. Chip Roy, R-Texas, a primary architect of the plan.

The proposal outlines several border security initiatives, including completing construction of the physical border barriers that the Biden administration paused.

The plan also would require the Department of Homeland Security to detain or turn away migrants who arrive at the border, including through programs such as the Trump-era Migrant Protection Protocols, which directed migrants to remain in Mexico while their immigration claims were processed.

“You cannot encounter and release — you must be able to detain and or turn away in order to stop the flow,” Roy said.

The proposal seeks to defund nonprofit groups “actively encouraging the violation of our border security” by aiding migrants in the region, and to toughen asylum standards “to those with actual fear of persecution.”

Border security is a top priority for Republican lawmakers, who have spent two years castigating the Biden administration’s departure from stringent Trump-era policies they say kept the border secure. Fiscal 2022 was the highest year on record for migrant encounters at the border — nearly 2.4 million — though that total includes some repeat encounters with the same migrants.

Democrats say the spike can be attributed to factors like natural disasters and poor economic conditions in countries like El Salvador, Honduras, Guatemala, Venezuela and Haiti.

Republicans, however, blame Biden’s policies, including a partial rollback of Title 42 border expulsions, the rescission of MPP and the halt in border wall construction.

“With this new Republican majority in the House, our Texas delegation is committed to using every tool and authority at our disposal to hold President Biden, Secretary Mayorkas, and this entire administration accountable for their dereliction of duty,” Rep. Jodey C. Arrington, R-Texas, said.

Republicans’ plan is unlikely to gain support among House Democrats or advance in the Senate, which will be narrowly controlled by Democrats in the 118th Congress. But they hope to use the proposal to “force the issue.”

“I think the Democrat senators are well aware of the policies that were effective in the previous administration,” Arrington said. “Many of those folks in the upper chamber and certainly our Democrat colleagues have not demonstrated any political courage to actually implement those effective policies.”