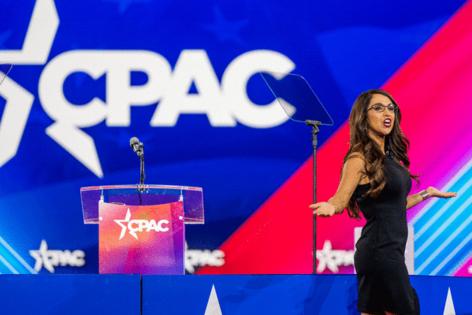 While the challenge from Frisch was stronger than most people anticipated, Boebert’s poor showing at the polls can also be interpreted as a repudiation of her confrontational persona by Western Slope voters.

Now that the far-right congresswoman is heading into a likely second term in office, the question nagging political experts who spoke to The Denver Post is whether she’ll tone down her incendiary and sometimes even dangerous rhetoric.

Probably not, they say.

“It’s hard to imagine what a more-tempered, moderate, careful Lauren Boebert would look like,” said Kristin Kobes Du Mez, a professor of history and gender studies at Calvin University in Grand Rapids, Michigan. “I have a hard time envisioning what that person would look like publicly and politically.”

Representatives for Boebert, of Silt, did not respond to a request for comment, but some of the congresswoman’s recent remarks seem to indicate that she has no intention of changing course.

The congresswoman defended her repeated anti-LGBTQ comments just a few days after the shooting during a conversation with conservative radio host Ross Kaminsky.

“I have never had bad rhetoric towards anyone and their personal preference as an adult,” Boebert said. “What I’ve criticized is the sexualization of our children. And I’ve criticized men dressing up as caricatures of women.”