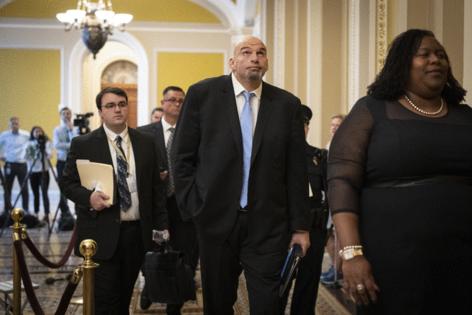 More than 70 members say they are swearing off such contributions, indicating that a trend, almost exclusively among Democrats, that caught on during the 2018 election cycle has persisted. Despite the growth, the move has not led to the enactment of major campaign finance policy or legislative changes.

With divided control of Congress next year, even a minor overhaul of political money laws seems unlikely.

Nevertheless, business political action committees, or PACs, which are not indexed for inflation and must follow disclosure requirements, face an uncertain future as the bang for their bucks diminishes.

When candidates pledging not to take corporate PAC money began to catch on, some saw it as a gimmick for outsiders who usually don’t get such contributions anyway. But there is no indication that lawmakers who took the pledge are reneging on it in large numbers. Recent cycles have also seen an explosion in donations of small amounts by more donors, especially among Democrats.

“Refusing corporate PAC money is one way to show a commitment to addressing the problem of money in politics, and its popularity helps keep the issue at the top of the agenda,” said Adam Bozzi, vice president for communications at End Citizens United, a group aligned with Democrats that tracks which members pledge to decline donations from corporate PACs.

“We expect the trend to continue to grow, and it will help us work toward progress on anti-corruption legislation, like ending dark money,” Bozzi said, using a term for committees that spend money to influence elections or policy but do not disclose their donors.

Bozzi’s group has tracked 72 members of the incoming 118th Congress (73 if Georgia Democratic Sen. Raphael Warnock wins a runoff Tuesday) who reject corporate PAC money, up from 59 in the 117th Congress and 56 in the 116th Congress. A handful of Republicans have sworn off the money in recent years, with Florida Rep. Matt Gaetz sticking to his pledge of not taking donations from “woke corporations.”

Two Democratic lawmakers who swore off corporate PAC donations in past elections and then took them this cycle lost reelection this year: Elaine Luria of Virginia and Iowa’s Cindy Axne.