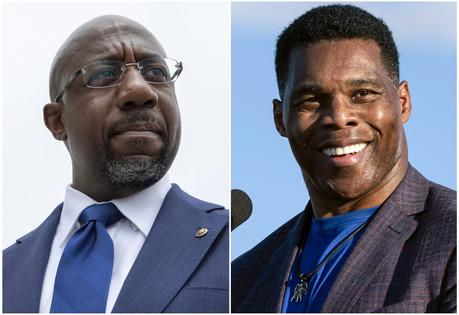 In Georgia, if no candidate receives 50% of the general election vote for a statewide or congressional district race, there’s a runoff between the top two vote-getters. In recent decades, the Peach State has had four high-profile runoff elections, all for the U.S. Senate.

Enthusiasm is strong for the Dec. 6, 2022, runoff election between Warnock, the Democratic incumbent, and former University of Georgia football star Herschel Walker, the Republican candidate.

But beyond the hype, there’s a cost. Runoff elections in the state are expensive. Turnout is also typically lower in runoffs than in general elections, meaning not as many people’s voices are ultimately involved in the final decision.

In two cases, the person who finished ahead in the original election lost the runoff. Three of four incumbents lost the runoff, but Loeffler had held that office for barely a year, and had never held another elective office – so she may not have had a full incumbent’s advantage.

The only consistent trend is that the runoff elections drew fewer voters than the general elections that preceded them. In 2021, the runoffs between Ossoff and Perdue and Warnock and Loeffler drew national media interest and a surge of political donations, because the balance of power in the Senate was at stake. Even then, those elections had lower vote totals – though only slightly – than the November 2020 general election that had preceded the runoffs.

In 1992 and 2008, the drop in turnout was much more pronounced, declining by more than 20 percentage points.

Runoff elections are expensive for the Peach State.

Kennesaw State University professors Kerwin Swint and J. Benjamin Taylor teamed up with their student Ayla McGinnis to analyze electoral and financial data from 59 of Georgia’s 159 counties. They estimated the 2020 Senate runoffs cost $75 million statewide to determine who would sit in the Senate.