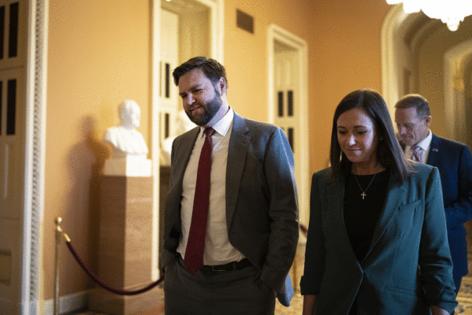 WASHINGTON — The 118th Congress will welcome around 80 new members, and not all of them are strangers to the job. More than a dozen members of the incoming class have previously worked as congressional staff, whether that means calling the shots or answering the phones.

One became the face of efforts to impeach former President Donald Trump, while another remembers Whitewater. But it wasn’t always glamorous.

“I spent a lot of time just helping … citizens with their problems,” said Nick Langworthy, who worked as a district aide before getting elected himself.

He still thinks about a freak snowstorm that hit the Buffalo area in October 2006, knocking out power for a week. “Whether it’s a crisis, a water project, a natural disaster … they come to the congressman’s office,” the New York Republican said.

Here are some of the former staffers who will join the House and Senate in January.

Her primary opponent dismissed her as a “relatively inexperienced employee,” while Trump called her an “assistant.”

But Britt was much more than that — she was actually a chief of staff. Now she will replace her onetime boss, Richard C. Shelby, as a senator from Alabama.

She started out in Shelby’s press shop before earning her law degree and eventually returned to the Hill to serve as his chief from 2016 to 2018.

The first woman from Alabama elected to the Senate, she will be among the youngest members of the chamber at age 40.