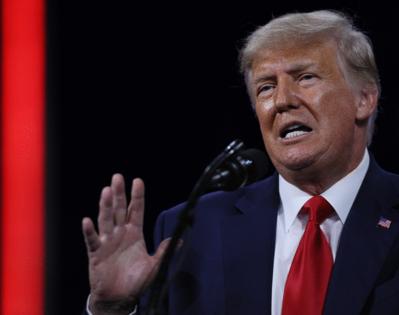 WASHINGTON — The Treasury Department turned over six years of Donald Trump’s tax returns to a House committee after the Supreme Court cleared the way for the release.

A spokesperson Wednesday said Treasury complied with the court’s decision.

The Ways and Means Committee has been seeking the returns, saying it needs them to consider potential legislation on presidential compliance with tax rules, public accountability and mandatory IRS audit policy for presidents.

The committee has been racing the calendar to obtain the records before Republicans assume control of the House in January and last week’s decision gave Democrats a late but resounding triumph.

Without explanation or any public dissents, the court last week rejected Trump’s bid to block the IRS from turning over the documents.