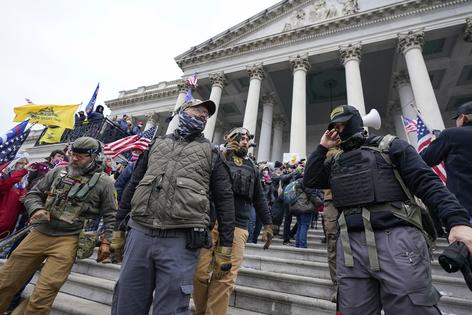 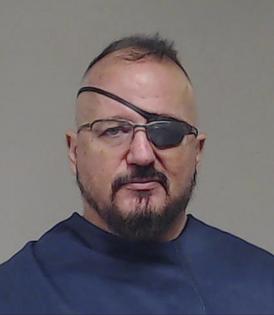 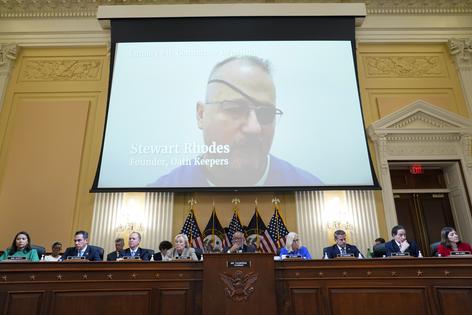 The verdicts in a high-profile, monthslong trial of Oath Keepers militia members were, as one defense lawyer acknowledged, “a mixed bag.” Leader Stewart Rhodes was found guilty on Nov. 29, 2022, of the most serious charge – seditious conspiracy – for his role in the Jan. 6, 2021, insurrection at the U.S. Capitol, and was acquitted on two other related charges.

One of Rhodes’ four co-defendants, Kelly Meggs, was also convicted of seditious conspiracy. All five on trial were found guilty of obstructing an official proceeding, namely Congress’ certification on Jan. 6, 2021, of the 2020 presidential election results.

The convictions for seditious conspiracy – a rarely used, Civil War-era charge typically reserved in recent decades for terror plots – are the most significant yet relating to the violent storming of the Capitol, and have meaning that extends beyond those who were on trial.

As someone who has studied the U.S. domestic militia movement for nearly 15 years, I believe the Oath Keepers convictions illuminate two crucial issues facing the country: the limits of the American right to free speech and the future of the militia movement.

Rhodes’ seditious conspiracy conviction suggests the jury believed, as one prosecutor asserted, that he “concocted a plan for an armed rebellion to shatter a bedrock of American democracy.” In other words, he was convicted over what he had said and written prior to the actual Jan. 6 attack – and this is where free speech comes into play.

The First Amendment guarantees that “Congress shall make no law … abridging the freedom of speech, or of the press; or the right of the people peaceably to assemble, and to petition the Government for a redress of grievances.” It’s considered a sacred American right, one that sets the U.S. apart from many peer nations, some of which have stricter controls and consequences for speech that may be harmful.

Efforts to arrest and convict groups in the U.S. that have discussed violence against racial groups, politicians or others have often been stymied by appeals to the First Amendment.

Far-right extremists or other hate groups can claim they are just venting or even fantasizing – both of which would be protected under the First Amendment. In the absence of any specific plan, threat or incitement, group members may never suffer legal consequences for oral or written expressions that nonetheless create fear in those who draw these groups’ ire.

For this reason, seditious conspiracy charges have historically been hard to prosecute.

The last time this charge was attempted was against members of the Christian militia group called Hutaree in Michigan in 2009, for allegedly planning to engage law enforcement “in armed conflict.” But the judge dismissed the sedition charges, citing First Amendment protections.