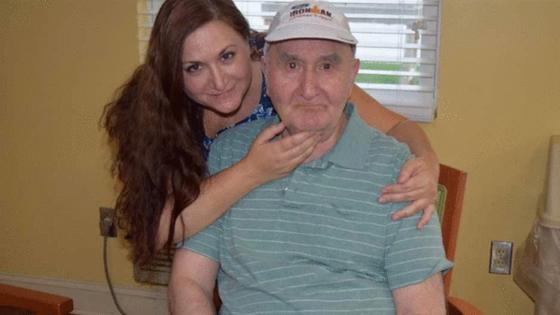 Gorgi Talevski did not live long enough to see his case argued before the U.S. Supreme Court this month. A Macedonian-born resident of Indiana, Talevski operated a crane for three decades, raised a family and loved to dance before his dementia deepened, and he died last year.

But the court’s decision, expected in spring, could have profound effects for tens of millions of beneficiaries of federal safety net programs, including those that provide health care, housing, education services and heating aid. If the court rules against the estate of Talevski, participants in many federal entitlement programs could lose the right to go to court when they believe a state, city or county has violated their rights in the administration of those programs.

For example, the courthouse doors could be closed to a person who is eligible for Medicaid but denied benefits, or a child with disabilities who should have been screened for lead poisoning but wasn’t. They could be closed to Americans with lower incomes who qualified for, but didn’t receive, food stamps.

Beneficiaries instead would have to seek redress from the states, cities or counties they think broke the law, or from federal agencies, which have limited capacity to investigate and address state violations of individual rights.

Based on questions justices asked during the Supreme Court’s oral arguments, some legal observers think the court might issue a narrower ruling, barring lawsuits only from Medicaid nursing home residents who sue under the federal law known as the nursing home bill of rights.

Indiana and 21 other Republican-leaning states, in a friend of the court brief, have urged the Supreme Court to issue a broader decision, blocking all beneficiaries of entitlement programs from suing if a state or municipality denies them services they are eligible for or violates their rights. The states argue federal funding for entitlement programs is a contract between federal and state or local governments and doesn’t give a third party — such as beneficiaries — grounds for legal action.

John Bursch, senior counsel of the anti-abortion organization Alliance Defending Freedom, which also filed an amicus brief opposing Talevski, reiterated the argument that individuals should not be able to interfere with a contractual relationship between the federal and state governments.

“If the terms are changed,” as a result of a private lawsuit, Bursch said, “that puts the states in an unfair position.” He said his organization joined the lawsuit to stop individuals from suing states that deny Medicaid reimbursement to abortion providers such as Planned Parenthood.

Many other officials and groups reject the contract argument. Through their own amicus briefs, they have asked the court to follow a half-century of precedent and continue to allow such lawsuits. They include a mostly Democratic group of present and past members of Congress, former federal health officials, medical organizations, community health centers, disability rights advocates, consumer groups, the AARP and others. They say banning lawsuits would be a devastating blow to individual rights.

“Neither federal nor state authorities have sufficient resources to provide complete oversight over the funding funneled into state programs,” the current members of Congress wrote in their amicus brief. “Instead, their attention must often be dedicated to remedying systemic abuses, while preserving the option for aggrieved persons to seek individual remedies in federal court.”