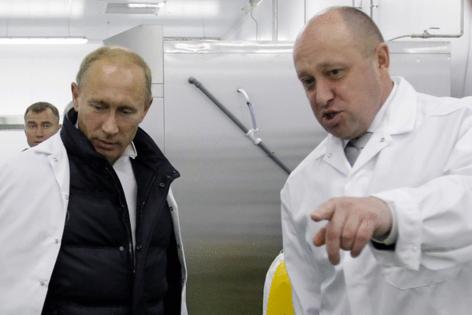 A top Russian oligarch and ally of Vladimir Putin openly stated that his country has engaged in U.S. election meddling and would continue doing so in future elections. That’s not exactly news, even if it’s the first such admission by someone so close to Putin. But the methods of meddling are what merit more congressional scrutiny because a gaping hole for exploitation remains in the U.S. election system: dark campaign money.

U.S. law forbids the acceptance of foreign campaign donations, but federal law effectively allows for foreign donations to flood in surreptitiously through political action committees and lobbyists linked to foreign governments. The Supreme Court’s Citizens United and other rulings opened the door to anonymous dark money campaign contributions with far more limited options for election officials to verify the source of donations.

A giant loophole now exists for foreign governments and special interests to funnel money to their favored candidates and political causes, often through lobbyists. And the Russians aren’t the only ones apparently working to exploit the system. The United Arab Emirates is under increased U.S. scrutiny for political meddling, The Washington Post reported recently. Saudi Arabia has a host of political concerns that the kingdom would like to influence in more direct ways than the traditional diplomatic options offer.

Putin’s apparent goal is not so much to influence as to destabilize and undermine American democracy. Dark money allows him to direct funds via lobbyists to the candidates most likely to do his bidding. No proof has surfaced directly connecting Donald Trump’s 2016 campaign to Russian donations, but the taint of Putin’s influence permeated almost everything Trump did before and after he took office.

Earlier this month, the Atlantic Council reported that Putin has an estimated $1 trillion in dark money hidden in accounts outside Russia to buy influence. The funds “pose a serious national security threat to the United States because this money can be exploited and steered by the Kremlin for espionage, terrorism, industrial espionage, bribery, political manipulation, disinformation, and many other nefarious purposes.”

Rep. Katie Porter, D-Calif., introduced a bill last year to prohibit campaign committees from accepting money from lobbyists registered with a foreign country. Considering that dark money represents the easiest and fastest way for Russia and other governments to buy politicians and wreak havoc, Congress should make closing that gap one of its top priorities.