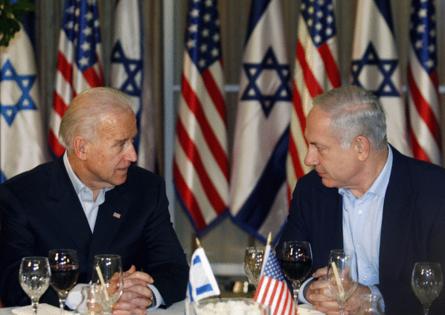 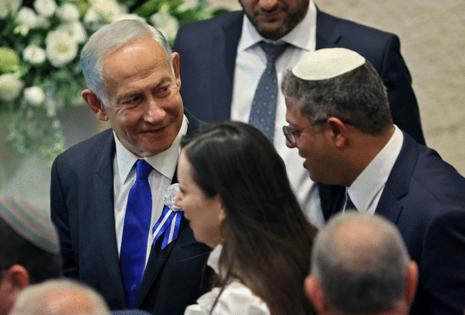 WASHINGTON — The Biden administration is grappling with how to deal with a new Israeli government that will be the most right-wing in that country's history and may stand in the way of core U.S. goals for the Middle East.

The new government will be led by Benjamin Netanyahu, Israel's longest serving prime minister, who was ousted from the job just a year ago and is on trial for corruption. To regain the position, Netanyahu formed an alliance with controversial political figures known for their extreme anti-Arab views, likely dooming any peace deal with Palestinians.

Dealing with the Netanyahu-led government will pose major challenges for the Biden administration, which desires a resolution to the Israeli-Palestinian conflict and broader acceptance of Israel in the Arab world.

Republicans in the U.S. who are eager to cast themselves as true friends of Israel are sure to question any Biden administration criticism of the new government.

Netanyahu and the GOP have grown closer over the past decade, undermining decades of bipartisan support for Israel.

In 2015, Netanyahu, whom congressional Republicans had invited to address a joint session of Congress, used the speech to criticize President Barack Obama's nuclear deal with Iran. Former President Donald Trump moved the U.S. Embassy from Tel Aviv to Jerusalem and recognized the Israeli annexation of the Golan Heights, delighting Netanyahu. Just this week, Netanyahu delivered a speech to the Republican Jewish Coalition, a partisan group.

Netanyahu and President Joe Biden have both said that U.S. support for Israel should remain bipartisan.

Netanyahu's new allies may make that difficult, however. Some U.S. officials have already privately indicated they will not meet with Itamar Ben-Gvir and Bezazel Smotrich, two likely members of Netanyahu's government.

Ben-Gvir and Smotrich advocate recognizing illegal Israeli settlements in the West Bank, where most Palestinians live, and eventually annexing most or all of that territory. They oppose a separate Palestinian state. Netanyahu needs their support to cement a majority in the Israeli Knesset, or parliament. Their support could also help him pass a law that would allow him to dodge his corruption trial.

The two men have also called for a far harsher crackdown on Palestinian militants and their supporters, including strict curfews in Palestinian villages, mass deportations and targeted killings of terrorism suspects. They have advocated making it easier for Israeli security forces to use live ammunition against Palestinian protesters who throw stones.