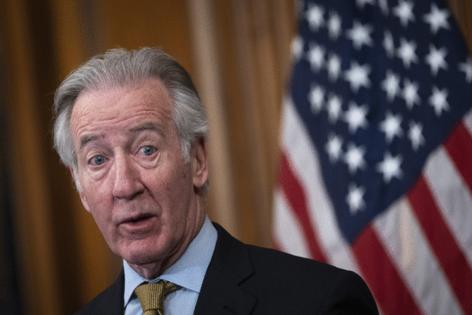 When Richie Neal was mayor of Springfield, in Western Massachusetts, in the 1980s, Donald Trump was a lying Manhattan real estate promoter who routinely cheated those who were foolish enough to do business with him. God knows what Trump’s tax returns looked like, but those suspect documents were a matter only between Trump and the IRS.

Neal is now chairman of the House Ways and Means Committee — Republicans haven’t retaken the House quite yet — and he was fully vindicated Tuesday when the U.S. Supreme Court decided that he has the right to inspect Trump’s returns.

Actually, under the clear language of the law, the chair, along with the Senate Finance Committee chair and Joint Committee on Taxation chair, can see anyone’s federal returns, but Trump has fought Neal’s request for the filings since 2019. And Tuesday, the law prevailed and Trump lost.

The high court’s action was a spare, unsigned 31-word order letting stand a lower court’s decision. That’s in contrast to Chief Justice John Roberts’ sweeping 22-page opinion in July 2020 deciding that Manhattan District Attorney Cy Vance’s grand jury was entitled to Trump’s accounting records. But the principle is the same: that no one is above the law, from a sitting president to a former one to John Q. Public.

The grand jury used the materials to build a criminal case against Trump for financial crimes, before current DA Alvin Bragg gave Trump a pass in what career prosecutors and this page are convinced was a serious mistake.

Neal will get the 1040s under seal and can only release them with a vote of the committee. Whether that’ll happen is unknown at this point. After Neal relinquishes the chair’s gavel on Jan. 3, the future Republican chair may be inclined to drop the whole matter.

But maybe, just maybe, he or she will believe in transparency and choose to continue the probe of Trump’s secret taxes. If not, the Democratic chair of the Senate Finance Committee should take over the exercise.