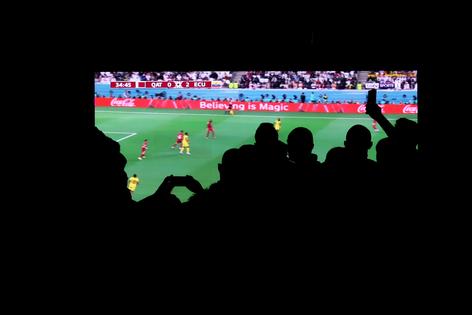 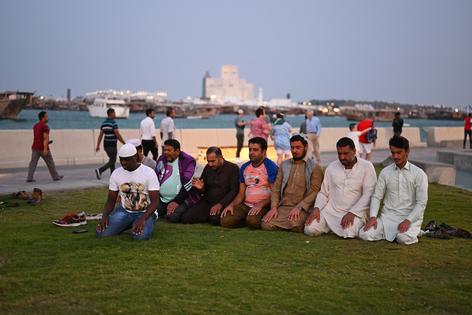 With the start of the World Cup on Nov. 20, 2022, soccer teams from 32 countries and tens of thousands of fans have converged on Qatar, a tiny Arab country on a peninsula in the Persian Gulf. But search “Qatar 2022” online, and the first nonsport results are about the country’s human rights issues.

Like its fellow oil-rich Arab countries, Qatar has enjoyed immense wealth that nurtured grand ambitions of economic growth among rulers and citizens alike. Qatar and its neighbors, including Bahrain and the United Arab Emirates, have brought in millions of workers from other countries to support their fast-growing cities and businesses over the past few decades.

In particular, about 30,000 workers came from Bangladesh, India and Nepal to construct the World Cup stadiums. At least 37 died, according to official Qatari counts, while building the US$220 billion infrastructure for the games.

I am a political scientist and legal scholar of the Middle East who has lived and worked in Qatar. Given the sudden media focus on the country, I think it helpful for both World Cup fans and people who don’t know a soccer ball from a hockey puck to understand four aspects of Qatar’s politics that relate to its human rights challenges.

1. Qatar is ruled by a popular king

A sparsely populated country in a desert, Qatar gained independence from Great Britain in 1971. With its large oil and natural gas reserves, Qatar has the highest income per citizen in the world.

Qatar’s ruler is popular among citizens. Sheikh Tamim bin Hamad Al Thani is part a family dynasty that has run the area’s politics since the 1800s, even under Ottoman and British control. This makes Qatar one of eight Arab countries governed by hereditary kings.

Hereditary ruling monarchies may seem archaic to people living in societies with elected leaders. Yet these systems have held onto power, outlasting the Arab uprisings of 2011. The lack of democracy in Arab countries is also part of a broader trend, as autocratic governments are generally on the rise globally.

2. Yes – workers’ rights have been a problem

Doha, the capital of Qatar, has become a major media, educational, diplomatic and recreational hub over the past few decades. Its breakneck development also required workers from all over the world. As a result, foreign workers make up about 85% of the country’s total population, but they do not have the same rights as Qatari citizens. Qatari natives have been reluctant to share their extraordinary social welfare benefits, like free medical care, with millions of workers from abroad. This makes for a system that gives many more rights to Qatari nationals than the millions of others who live there.