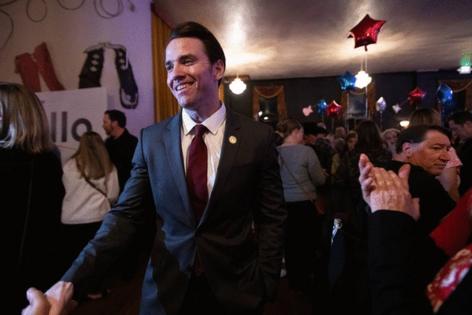 Kiley will represent the newly drawn 3rd District, which stretches 450 miles from Plumas County, through the Sacramento suburbs and parts of El Dorado County, and south to Inyo County.

While independent analysts had seen the race as a likely Republican win, the Kiley-Jones clash became a classic Republican vs. Democratic battle.

Kiley, an Assemblyman from Rocklin, argued that California was a mess, plagued by rising crime, runaway inflation and excessive government spending. He was critical of the election counting system, a slow count that made his race one of the last to be decided in California.

Kiley got a boost this spring when Trump announced his support, a backing Trump reiterated earlier this month when he said Kiley had provided the victory that gave Republicans the House majority. Trump was wrong; Kiley had not yet been declared the winner at the time. Kiley himself said last week he won the race.

They fought over abortion rights. Kiley opposes abortion, but does does support a woman’s right to abortion in cases involving instances of rape and incest and when the life of the mother is at risk.

Jones backs a law providing a right to abortion that “entrusts a physician to provide the necessary medical care to save lives,” Jones told The Bee.

“The idea that a politician knows what is better for my patients than I do is absurd,” he said.