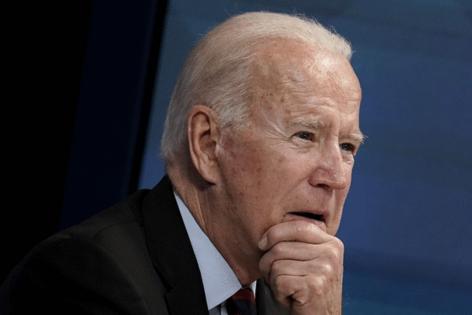 WASHINGTON — President Joe Biden announced that his administration would extend the pandemic-era pause in student loan repayments through June 30 amid legal challenges to his debt-forgiveness plan.

Payments now set to resume Jan. 1 won’t be required again until June 30 or until 60 days after court challenges to Biden’s loan forgiveness plan are settled, according to people familiar with the matter.

A federal appeals court last week blocked the administration from carrying out Biden’s plan to cancel as much as $20,000 in debt for some borrowers.

“I’m confident that our student debt relief plan is legal,” Biden said in a tweet. “But it’s on hold because Republican officials want to block it.”

The decision followed a ruling earlier this month from a federal judge in Texas finding the plan unlawful. The Department of Education has stopped accepting applications for loan forgiveness, thrusting millions of Americans into financial limbo.

Within the last week, White House senior staff coalesced around the idea of extending the student loan repayment pause as the challenges to the administration’s decision worked their way through the court system.

Aides were just waiting to run the idea past Biden after he returned from a trip to Asia and then spent the weekend celebrating his 80th birthday and his granddaughter’s wedding.

The pause is meant to give borrowers a sense of financial certainty before the holidays as the lawsuits progress, the people said.

The freeze on student loan repayments, first adopted in March 2020 under President Donald Trump, was extended multiple times by Biden. When Biden in August unveiled his broad debt-forgiveness plan, he announced that loan repayments would resume in January.