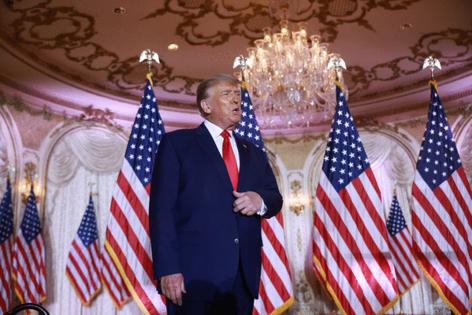 WASHINGTON — The Supreme Court on Tuesday denied President Donald Trump's plea to shield his tax returns from being turned over to a House committee.

The decision came in a one-line order with no dissents.

The court's action has the effect of upholding a longstanding request from House Ways and Means Committee Chairman Richard Neal, D-Mass., for six years of Trump's tax returns. Neal acted under a law that says the IRS "shall furnish" the committee chairman with "any return or return information" that he requested in writing.

The law does not authorize a public release of any tax returns, including those of a former president. Rather the Ways and Means Committee is authorized to examine the returns in confidence to consider new or revised legislation.

But the long legal battle is ending just as the Democrats are about to lose control of the House, raising doubts about whether Neal's Republican successor will continue the effort.

Trump and his lawyers had already lost before a federal district judge appointed by Trump and an appeals court panel with two Republican appointees.

Trump, who last week announced he will run for president in 2024, filed an emergency appeal asking the justices to intervene and block the IRS from turning over his tax records to the committee.

Trump's legal team argued that doing so would "undermine the separation of powers" and leave all future presidents exposed to having their private tax returns exposed by political opponents in Congress.

"No prior Congress has used its legislative power to obtain and expose the private financial information of a president," Trump's attorneys said in their final appeal Nov.14.

Moreover, they argued that time had run out on House Democrats.

WASHINGTON — The first major criminal charges that Donald Trump could face for interfering in the 2020 election might come from Atlanta — and what happens in Georgia isn’t expected to stay in Georgia.