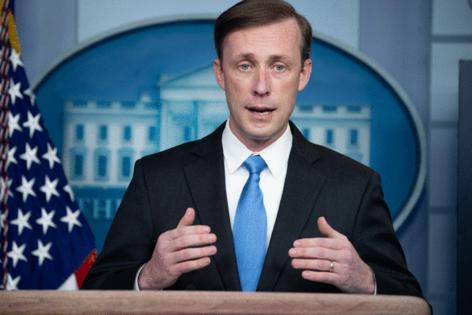 President Joe Biden is headed to one of the most momentous Group of 20 summits in years, poised for a landmark meeting with his Chinese counterpart and buoyed by a better-than-expected performance in U.S. midterm elections.

In Bali, Biden will try to seize on the momentum to galvanize global efforts to stabilize the economy, firm up pressure on Russia and reduce tensions with China, with the aim of boosting his authority on the world stage.

But the summit will test whether Biden’s domestic standing translates into global influence, as the president will be forced to confront questions about the G-20 itself —an increasingly fractious gathering of world leaders who often have competing interests. Biden will be measured on how he addresses the challenge from rivals eager to thwart his agenda.

Biden will meet Chinese President Xi Jinping for the first time in-person as president. Xi is also arriving emboldened by domestic political developments — in his case a party congress that enshrined him as China’s leader for at least the next five years while sidelining rivals.

But the dynamics going into that meeting may change after news his Democrats retained control of the U.S. Senate. Biden says he’s “coming in stronger.”

Control of the U.S. House remains unresolved, with more than 20 races still too close to control. But it’s a historic achievement for Biden for his party to even be within striking distance of keeping the majority in the chamber. Midterm U.S. elections usually end with deep losses for the incumbent president’s party.

Biden’s national security adviser, Jake Sullivan, told reporters Saturday that the president doesn’t plan to meet with the Saudi crown prince but that sit-downs with Erdogan or the leaders of Germany, France and Australia are possible.

The list of problems Biden and G-20 leaders will seek to address is long: global financial instability and a looming recession, worldwide hunger exacerbated by Russia’s invasion of Ukraine, growing tensions in Asia, struggling efforts to curb climate change, the lingering economic and social turmoil of the pandemic.

Biden has described the world as facing an inflection point between autocracies and democracies; in Bali, those factions will come face-to-face.