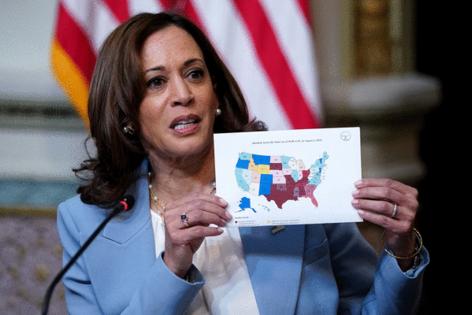 Several major corporations, from Amazon to Walmart, are promising to pay travel expenses for employees and family members who must leave their home states to receive a legal abortion.

But experts who advise those companies say their well-intentioned promises to invest in employee access to reproductive health care are fraught with risk, including potential retaliation by state officials. And it's not clear whether the proposed benefits will be used by many employees, given the uncertain political climate.

"A lot of companies have talked big about it, but far fewer have actually implemented it," said Bethany Corbin, senior counsel at health care specialists Nixon Gwilt Law. When companies do begin to offer abortion benefits, she said, she expects worker uptake to be minimal.

But she said businesses that want to offer an abortion benefit can structure their programs in ways that make the benefit more attractive to employees. Setting up a special fund and contracting with a third-party administrator, for example, is one way to protect employee privacy and reduce stigma, but not every company will have the capability to do that.

For most employees, asking a boss for paid time off for an abortion or filing detailed information on where and when they received the procedure is a nonstarter, she said, noting that many workers worry they could be passed over for a promotion because of an unconscious bias against abortion.

"It's similar to the stigma around using mental health benefits that has been fading over time, in part because companies have made a concerted effort to encourage employees to talk about mental health," Alpern said. "The same thing needs to happen with abortion."

In the meantime, Alpern and Corbin say they advise companies to consider other options, such as partnering with a nearby abortion provider and paying the bill anonymously. They and other abortion rights advocates also recommend donating to nonprofit abortion funds, which are set up to confidentially arrange and pay for abortions and related expenses for patients with low incomes.

Other ways to show support for abortion rights, Alpern said, are to stop contributing to state political candidates who oppose abortion access and start donating to those who support abortion rights. Corbin said companies might also consider shuttering their operations in or relocating from states that ban abortion.