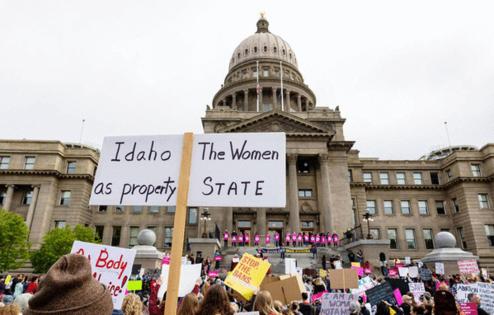 After the U.S. Supreme Court repealed the constitutional right to an abortion, Washingtonians knew their conservative Idaho neighbors would lean hard against a woman's right to choose. Few suspected, however, that things would get so out of hand that the University of Idaho would stop distributing contraceptives based on a 150-year-old law.

That is the advice of the school's legal counsel in a recent memo. Most of the memo focused on a 2021 law. Faculty, staff and administrators must not talk positively about abortion, not recommend a student get an abortion and definitely not expend university resources in service of an abortion. Professors could lead discussions about the politics and policy of it in the classroom, but they must maintain neutrality.

Violators of those rules could lose their job and face prosecution.

Students living away from home for the first time and susceptible to the exuberance of youth will lack the adult guidance they need. It's hard to imagine that many University of Idaho students hit up their math professor for advice about an unexpected pregnancy, but college counselors and advisers will be silenced, too.

Yet in some sense, all of this was to be expected. What was unexpected was that an ancient law would become newly relevant. Faculty, staff and administrators shouldn't just avoid promoting abortion but also anything "for the prevention of conception." It's unclear what precisely pioneers in the 1860s meant with those words, but out of an abundance of caution, the legal team warns faculty, staff and administrators not to provide contraceptives to students.

The memo did allow one exception. The university could hand out condoms as long as they were for preventing sexually transmitted diseases, not for preventing pregnancy. That's the sort of loophole only a lawyer would come up with.

Condoms notwithstanding, Idaho has backed one of its premier universities into a corner. The adults tasked with educating and protecting students must pretend that a critical reproductive health tool doesn't exist.

Washington, with its Democratic majority, needn't worry about this sort of backward lunacy. Abortion will remain legal here. At least it will unless the political winds shift dramatically.

In the meantime, Pullman is only about 10 miles across the border from the University of Idaho. Reproductive health providers there had to figure they'd see an influx of students and other Idahoans seeking abortions. Now they'll get students looking for some useful advice, too.