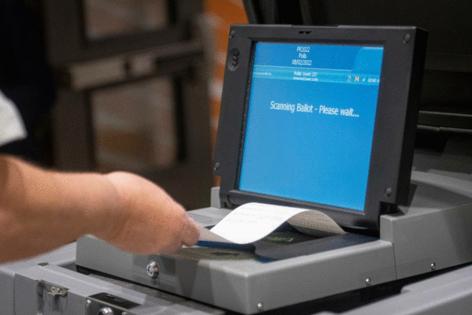 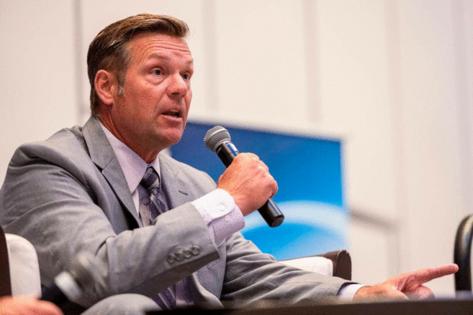 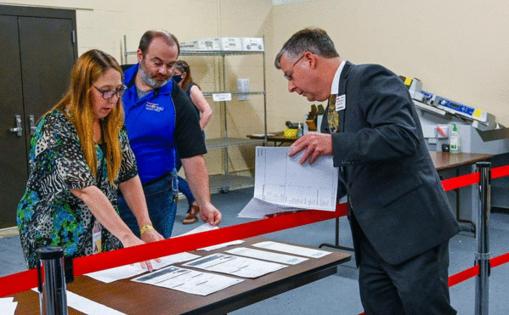 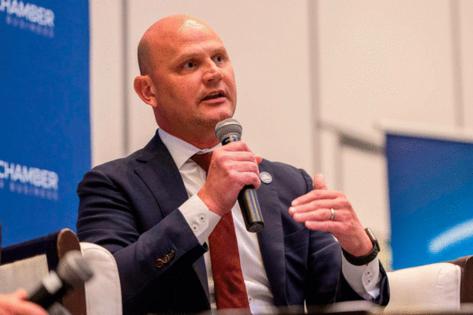 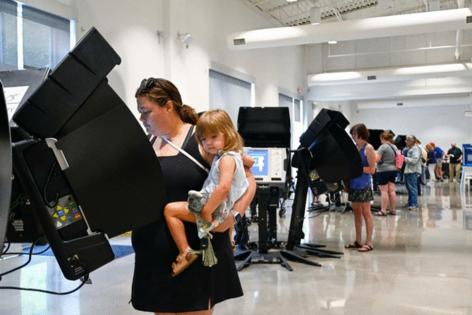 It was a freewheeling discussion that included calls for the elimination of all voting machines, unfounded insinuations that undocumented immigrants are voting, and promises that the sheriff was closing in on one of the biggest investigations of his career — despite no evidence of widespread fraud in Kansas’ most populous county.

An hour in, an older woman piped up with an apparent call for action. “Now that I’m older, I’m not afraid to go to jail,” she said to Johnson County’s top law enforcement officer.

Hayden chuckled and reminded her he’s bound by the constitution.

“We are not,” the woman responded.

The episode, posted to right-wing video sharing site Rumble, highlighted a phenomenon that has grown over the past two years in Kansas and the country as a whole. A growing collection of citizens no longer trust the outcomes of elections and promote claims of massive fraud without any basis or proof.

Though exaggerated claims of voter fraud are not new to the Sunflower State, former President Donald Trump’s continued refusal to accept his 2020 defeat helped set a fire in Kansas that continues to spread ahead of the Nov. 8 midterm election.

In August, election deniers sought a recount of a constitutional amendment defeated by 18 points and are now seeking a criminal investigation into the state’s top election official. Some of the same people have filed frivolous lawsuits seeking a revote of the 2020 election, the elimination of drop boxes and entirely hand-counted elections. They’re bolstered by a Johnson County sheriff’s investigation and Republican politicians who have indulged the unfounded claims either through lawsuits or legislation.

Kansas Attorney General Derek Schmidt, the GOP nominee for governor, signed on to the Texas-led lawsuit that aimed to overturn the 2020 presidential election. Former Kansas Secretary of State Kris Kobach, who is seeking to succeed Schmidt as attorney general, advised Texas on its unsuccessful effort to invalidate President Joe Biden’s victories in swing states.

As Kansas heads into the Nov. 8 election with one of the most competitive races for governor in the country on the ballot, the onslaught of election denialism poses real risks, voting rights advocates argue.