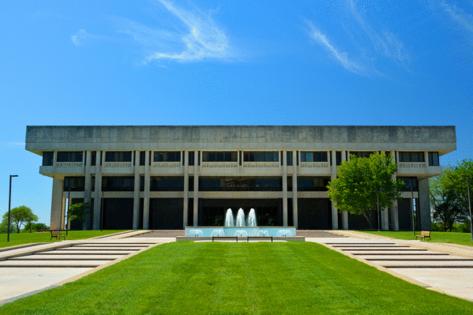 KANSAS CITY, Mo. — The Kansas Supreme Court was front and center this summer as Kansans prepared to vote on a constitutional amendment aimed at overturning the court’s 2019 decision that found a right to an abortion in the Kansas Constitution.

Millions was spent on ads urging Kansans to take abortion policy out of the hands of “unelected liberal judges.”

Kansans voted overwhelmingly to keep abortion rights in the state constitution. But now six of the seven justices on the Kansas Supreme Court will stand for retention on the Nov. 8 ballot.

Five of the justices up for retention were appointed by Democratic governors and are likely to preserve the state right to an abortion in any future cases.

Historically, retention elections have been an opportunity for interest groups to seek the removal of judges for or in anticipation of decisions they don’t agree with — with the fight over abortion often at the forefront of these campaigns.

These efforts are seldom successful. But in the wake of the August vote former Gov. Sam Brownback pointed to a change in the court being the path forward for abortion opponents in the state.

“This is a democracy so you’ve got to work through the system,” Brownback said on an August prayer call hosted by the Wichita-based Culture Shield Network.

Even before the amendment’s failure, Wichita anti-abortion activist Donna Lippoldt said in July she planned to mobilize church leaders statewide to oppose retention.

Judicial conduct limits Kansas judges in what they can say to support their own retention but they are able to advocate generally for the independence of the court.