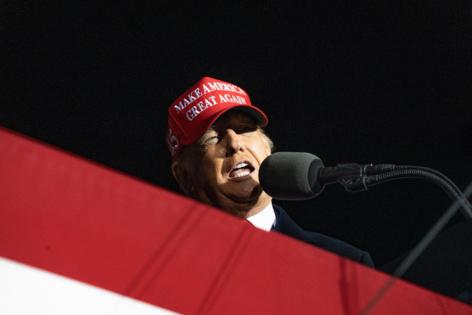 Powell, who widely spread a false conspiracy theory that Dominion Voting Systems Inc. rigged the 2020 presidential election against Donald Trump, claimed that the company was abusing the legal process by suing her. She said the suit was suppressing public criticism and harming her reputation.

U.S. District Judge Carl Nichols in Washington on Wednesday granted Dominion’s motion to dismiss the suit, saying Powell hadn’t alleged anything concrete to back up her claims. Nichols also noted that defamation suits “by design” are intended to silence people from making false, harmful statements.

“Powell’s complaint fails to link her abuse-of-process claim to any act that Dominion has taken other than filing and pursuing its lawsuit,” the judge wrote. “She has thus failed to state a claim for abuse of process.”

Dominion filed suit against Powell in January 2021. It has also sued Fox News, Rudy Giuliani and others it says spread false claims about the company and its products.