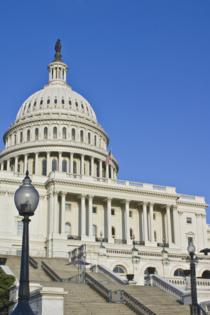 Democracy-preserving changes to the outdated 1887 Electoral Count Act, passed at a time when legislators couldn’t imagine a situation like the shameful events that led up to the Jan. 6 Capitol insurrection, must be approved by Congress. The question now is whether that will be the version passed last week by the House, the version introduced in the Senate, or something in between.

There’s no doubt that the House version is more robust. It lays out five specific categories of reasons why an objection to a state’s electors might be raised by Congress and would require at least a third of each chamber to support the raising of such an objection, plus a majority vote to substantiate it; the Senate version would only require a fifth of members to raise an objection.

Yet these are details, and both versions substantially tighten up what are currently far too permissive standards for both Congress and state governments to interfere with elections. On the most significant and fundamental points, such as eliminating the ability for state legislatures to throw out slates simply by declaring an election to be “failed,” the House and Senate are in lockstep, and they must now work together to get these important shifts over the finish line.

The House’s rush to pass a version that the bipartisan group of legislators hashing it out in the Senate don’t seem particularly enthused about certainly hasn’t helped, but the bill’s trajectory is far from derailed. Sen. Susan Collins, one of the lead negotiators, reiterated her commitment to getting some form of the bill finalized while keeping the 11 GOP senators currently signed on. That’s vital, given that 60 votes are the threshold to accomplish almost anything in the Senate.

If the price is slightly watering down the stricter tenets of the House-passed bill, so be it. Without concrete action soon, the entire democratic electoral process that put these policymakers in office and imbues them with power on behalf of the public is in jeopardy. Do whatever is necessary to protect the will of the people.