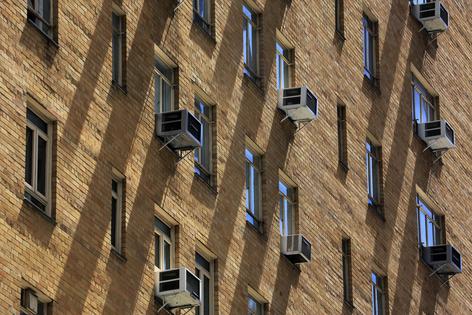 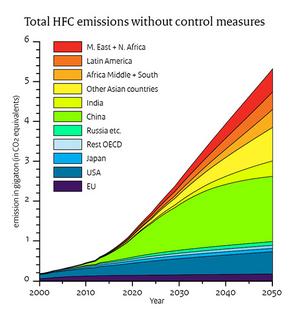 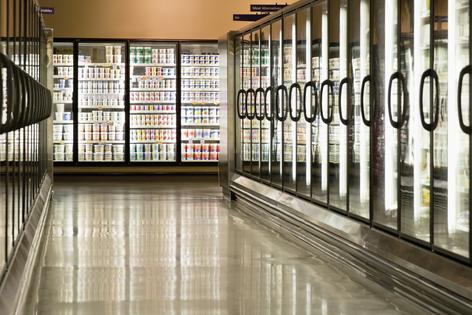 The U.S. Senate voted to ratify an international treaty on Sept. 21, 2022, and join 137 other countries in agreeing to phase out a class of climate-warming chemicals that are widely used as coolants in refrigerators, air conditioners and heat pumps.

If you’re getting a sense of déjà vu, don’t be surprised.

These chemicals, called hydrofluorocarbons, or HFCs, were commercialized in the 1990s as a replacement for earlier refrigerants that were based on chlorofluorocarbons, or CFCs. CFCs were destroying the ozone layer high in the Earth’s atmosphere, which is essential for protecting life from the Sun’s harmful ultraviolet radiation.

HFCs are less harmful than CFCs, but they create another problem – they have a strong heat-trapping effect that is contributing to global warming.

If HFCs can be phased down globally – as many countries have agreed to do under the 2016 Kigali Amendment to the Montreal Protocol, the treaty just ratified by the U.S. Senate on a bipartisan vote – that would avoid about half a degree Celsius of temperature rise compared to preindustrial times. China, a major producer of these chemicals, ratified the amendment effective Sept. 15, 2021. And the U.S. Environmental Protection Agency finalized a rule in 2021 to cut HFCs production and imports.

Let’s take a closer look at what HFCs are and what might replace them next.

Refrigerators and air conditioning use a technology known as a heat pump. It sounds almost miraculous – heat pumps use energy to take heat out of a cold place and dump it in a warm place.

Here’s how a refrigerator works: A fluid – CFCs back in the old days, and now HFCs – circulates in the walls of the refrigerator, absorbing the ambient heat to keep the fridge cooled down. As that liquid absorbs the heat, it evaporates. The resulting vapor is pumped to the coils on the back of the refrigerator, where it is condensed back to a liquid under pressure. In the process, the heat that was absorbed from inside the fridge is released into the surrounding room.

Air conditioners and home heat pumps do the same thing: they use electric-powered compressors and evaporators to move heat into or out of a house.

Choosing the right fluid for a refrigerator means finding a substance that can be evaporated and condensed at the right temperatures by changing the pressure on the fluid.

CFCs seemed to fit the bill perfectly. They didn’t react with the tubing or compressors to corrode the equipment, and they weren’t toxic or flammable.

Unfortunately, the chemical stability of CFCs turned out to be a problem that threatened the whole world, as scientists discovered in the 1980s. Leaking CFCs, mostly from discarded equipment, remain in the atmosphere for a long time. Eventually they make their way to the stratosphere, where they are finally destroyed by UV radiation from the sun. But when they break down, they create chlorine that reacts with the protective ozone, letting dangerous radiation through to the Earth’s surface.

When production of CFCs was eliminated in the 1990s to protect the ozone layer, new refrigerants were developed and the industry shifted to HFCs.

HFCs are like CFCs but much more reactive in air, so they never reach the stratosphere where they could harm Earth’s protective radiation shield. They largely saved the world from impending ozone disaster, and they are now found in refrigerators and heat pumps everywhere.

But while HFCs’ chemical reactivity prevents them from depleting the ozone layer, their molecular structure allows them to absorb a lot of thermal radiation, making them a greenhouse gas. Like carbon dioxide on steroids, HFCs are extremely good at capturing infrared photons emitted by the Earth. Some of this radiant energy warms the climate.

Unlike carbon dixoide, reactive HFCs are consumed by chemistry in the air, so they only warm the climate for a decade or two. But a little bit goes a long way – each HFC molecule absorbs thousands of times as much heat as a carbon dixoide molecule, making them powerful climate pollutants.

HFCs leaking from discarded cooling equipment are estimated to contribute about 4% of global greenhouse gas emissions – about twice as much as aviation.

This is why it’s time to retire HFCs and swap them out for alternative refrigerants. They’ve done their job saving the ozone layer, but now HFCs are a major contributor to short-term global warming, and their use has been increasing as demand for cooling increases around the world.

Because they are so powerful and short-lived, stopping the production and use of HFCs can have a significant cooling effect on the climate over the next couple of decades, buying time as the world converts its energy supply from fossil fuels to cleaner sources.

The good news is that there are alternative refrigerants.

Ammonia and hydrocarbons like butane evaporate at room temperature and have been used as refrigerants since the early 20th century. These gases are short-lived, but they have a downside. Their greater reactivity means their compressors and plumbing have to be more corrosion-resistant and leak-proof to be safe.

The chemical industry has been developing newer alternatives intended to be safer for both people and climate, but as we saw with CFCs and HFCs, inert chemicals can have unintended consequence. Several industry leaders have supported efforts to phase out HFCs.

So, it’s time for another generation of cooling equipment. Just as TVs and audio equipment and light bulbs have evolved over past decades, refrigerators and air conditioners will be replaced by a new wave of improved products. New refrigerators will look and work just like the ones we’re used to, but they will be much gentler on the climate system.

This updates an article originally published on May 4, 2021, with the U.S. Senate ratifying the Kigali Amendment.

This article is republished from The Conversation, an independent nonprofit news site dedicated to sharing ideas from academic experts. It was written by: Scott Denning, Colorado State University. The Conversation has a variety of fascinating free newsletters.

Scott Denning does not work for, consult, own shares in or receive funding from any company or organization that would benefit from this article, and has disclosed no relevant affiliations beyond their academic appointment.