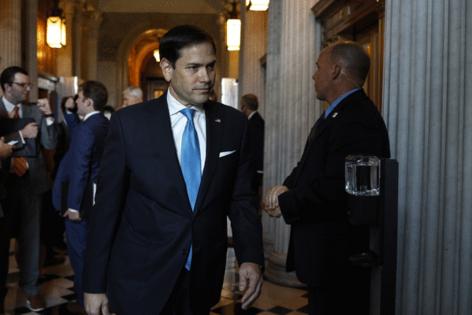 WASHINGTON — Experts say the spike in overdoses and diseases related to sharing needles means it’s time to revoke a longtime ban restricting federal funds for syringe exchanges. But lawmakers in both parties remain resistant to allowing taxpayer dollars to go to clean needles and syringes for drug use.

Though controversial, syringe service programs have been active since the 1980s. Public health advocates argue that providing clean needles and disposing of old ones can reduce fatalities and limit the spread of infectious diseases for those who use injectable drugs such as heroin.

The programs can also connect people who use drugs to health care they might not ordinarily seek, including education and treatment. The Centers for Disease Control and Prevention, National Institutes of Health and multiple public health departments have touted the programs’ benefits, saying their ability to connect drug users with opioid overdose reversal drugs like naloxone or fentanyl test strips can also reduce drug-related deaths.

But the red tape surrounding what can and cannot receive federal funding has been taxing. Since fiscal 1990, the federal government has effectively banned funding to distribute syringes and needles with a rider attached to annual appropriations bills.

Democrats in both chambers have tried unsuccessfully to strip this long-standing language from Labor-HHS-Education spending bills, most recently during the fiscal 2022 omnibus negotiations.

This year, the push to remove that rider is on again.

The 2021 COVID-19 relief law also touted $30 million for harm reduction, though that spurred pushback earlier this year. Sen. Marco Rubio, R-Fla., and Rep. David B. McKinley, R-W.Va., introduced bills that would prohibit using federal funds to purchase sterile needles for the programs or purchase or distribute any paraphernalia to use narcotics.

The sensitive nature of the subject has led to a quiet push from lobbyists and lawmakers who don’t want to derail chances to remove restrictions on these programs. But public health experts and those working on the front lines of the drug crisis have been more vocal about their desire to lift the ban while Democrats hold control of both chambers and the White House.

Caruso and Bass laid out their plans on homelessness...Read More

In the three months since the Supreme...Read More

The U.S. Justice Department can use about 100 documents with classified markings seized from former President Donald Trump’s Mar-a-Lago home in an ongoing criminal investigation and national security review, a federal ...Read More