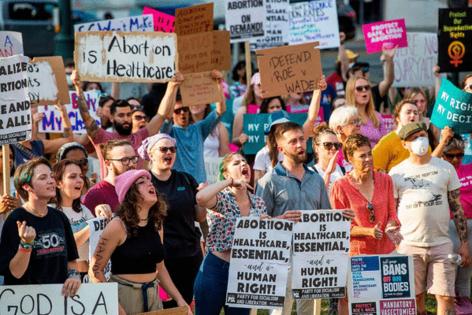 The six-page order was signed Wednesday by all five sitting justices.

The order means that for the time being as litigation continues, the state’s abortion clinics can proceed with abortion procedures up until 20 weeks of pregnancy, which was state law prior to the Legislature passing the six-week ban last year.

In a statement, McMaster’s spokesman Brian Symmes said, in part, “we’re confident that we will prevail in state court.”

“At this preliminary stage, we are unable to determine with finality of the (six-week abortion) Act under our state’s constitutional prohibition against unreasonable invasions of privacy,” the justices wrote. In the ruling, the justices referred to a section in the state’s Constitution that says that “the right of the people to be secure in their persons, houses, papers, and effects against unreasonable searches and seizures and unreasonable invasions of privacy shall not be violated.”

The court’s order set forth a schedule whereby each side in the case — abortion providers and various state government officials — would file briefs with the court.

“While we are disappointed, it’s important to point out this is a temporary injunction,” Wilson said in a statement. “The court didn’t rule on the constitutionality of the Fetal Heartbeat law. We will continue to defend the law.”