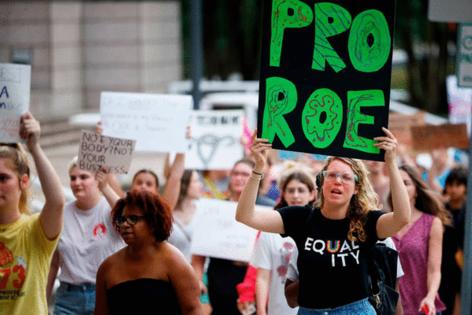 RALEIGH, N.C. — A federal judge has ruled that North Carolina’s general ban on abortions after 20 weeks of pregnancy can be enforced, following the landmark U.S. Supreme Court ruling allowing states to restrict abortion.

In a court order Wednesday, U.S. District Judge William Osteen lifted an injunction that had blocked the ban, declaring that the injunction went against the Supreme Court ruling that struck down Roe v. Wade.

“Neither this court, nor the public, nor counsel, nor providers have the right to ignore the rule of law as determined by the Supreme Court,” Osteen wrote.

The 20-week abortion ban in dispute had been on the books since 1973. It prohibited abortions after the first 20 weeks of pregnancy, with exceptions for medical emergencies after 20 weeks.

But it has not been enforced recently. North Carolina has legally allowed the procedure until fetal viability, generally considered to be around 23 or 24 weeks of pregnancy.

In 2019, Osteen ruled that the state’s abortion ban was unconstitutional in response to a federal lawsuit, dubbed Bryant v. Woodall, filed in 2016. Osteen ruled that the ban violated Supreme Court precedent, including the landmark decisions that made abortion a constitutional right, Roe v. Wade and Planned Parenthood of Southeastern Pennsylvania v. Casey. His decision was affirmed by the 4th Circuit Court of Appeals in 2021.

But this June, the Supreme Court’s decision in Dobbs v. Jackson Women’s Health Organization overturned Roe and Casey, placing decisions about the right to abortion in the states’ domain, and bringing back the debate on whether the ban should have been blocked.

On July 8, Osteen filed an order asking parties in the lawsuit to file briefs within 30 days with their positions. He wrote that in light of the Supreme Court ruling, his previous ruling may now be contrary to law.

In a statement last month, Attorney General Josh Stein, a Democrat, said that his office would not ask a federal judge to reinstate the ban and that his agency, the North Carolina Department of Justice would not “take action that would restrict women’s ability to make their own reproductive health care decisions.”

“Protecting that ability is more important than ever, as states across the nation are banning abortions in all instances, including rape and incest,” he said.