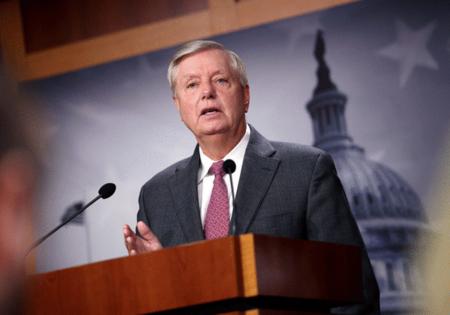 Graham’s attorneys had argued during a hearing last week that the Constitution’s “Speech or Debate” clause shielded the Republican from testifying about anything related to official legislative business.

That includes, they said, two phone calls that Graham placed to Georgia Secretary of State Brad Raffensperger and his office in late 2020 in which prosecutors are interested.

Graham and Raffensperger disagree about what was being implied during the conversations, which centered on mail-in ballots. The secretary believed that Graham was hinting that he throw out legally-cast votes in counties that had the highest rates of mismatched signatures, which would ultimately aid Trump.

Graham has long insisted that he did not pressure Raffensperger and that he was simply trying to learn more about the state’s procedures. His lawyers said the calls fell squarely within the senator’s fact-finding responsibilities as the then-chairman of the Senate Judiciary Committee. They also argued the lawmaker was entitled to ask questions about election procedures because of his constitutional duty to certify the Electoral College results.

May rejected those arguments, ruling there are “considerable areas” of the grand jury’s inquiry related to Graham that are “political in nature rather than legislative” and thus not exempt from questioning.

Among them, she wrote, are statements about the 2020 election given outside of Congress, “efforts to ‘cajole’ or ‘exhort’ state election officials to change practices or alter election results” and any potential coordination with the Trump campaign or other third parties regarding Georgia’s electoral votes.

“The mere possibility that some lines of inquiry could implicate Senator Graham’s immunity under the Speech or Debate Clause does not justify quashing the subpoena in its entirety because there are considerable areas of inquiry which are clearly not legislative in nature,” May wrote.

Prosecutors recently said that Graham’s efforts might have been interconnected with the Trump campaign’s, which is one of the reasons why they wanted to question to the longtime senator.