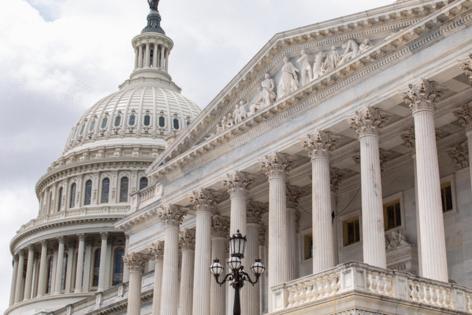 Bipartisan success in passing legislation on long-stalled issues such as gun control and infrastructure, along with an emerging consensus on protecting same-sex marriages, show there is still room for across-the-aisle deal-making in the Capitol despite Congress’s reputation for gridlock.

“I think most Congresses are not as dysfunctional as the headlines sometimes indicate,” said Sen. Roger Wicker, R-Miss., who has served in Congress since 1995.

Democrats, with only the slimmest margin of control, also managed to put aside a year and a half of haggling among themselves to overcome unified Republican opposition and give final passage to a slimmed-down version of President Joe Biden’s economic agenda on Friday.

Biden’s party hopes the spate of productivity energizes voters ahead of the midterm congressional elections, which will determine control of the House and Senate for the last half of the president’s first term. High inflation and a troubled economy has tanked Biden’s approval ratings, and Democrats see the legislative wins as a chance to create momentum ahead of November.

But Republicans can use the bipartisan accomplishments in their campaigns as well, to demonstrate to voters that they can get things done and deliver on priorities if they gain control of Congress after the midterm election.

“Given how difficult it has been for lawmakers to make deals outside of an immediate crisis, my sense is this current Congress has kind of exceeded what a lot of people thought would be possible in a 50-50 Senate, with such tight margins in such a polarized period of American politics,” said Sarah Binder, a professor at George Washington University and senior fellow at the Brookings Institution who specializes in legislative politics.

Here are some of the most significant bills passed by this Congress and what is still to come after the August recess: