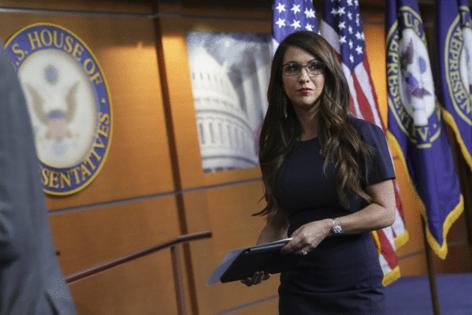 Adam Frisch is down in the polls but undeterred.

The math is simple enough. There’s a way for him to beat incumbent U.S. Rep. Lauren Boebert, he said. That is, if he can meet enough voters in the district face-to-face, share his platform and close the about 7% lead she has, according to a recent poll.

“People want and deserve to hear more than ‘I’m not her,’” Frisch told The Denver Post. “But also some people would vote for a cantaloupe over her.”

Political experts are less optimistic about Frisch’s chances but acknowledge there’s a path to victory for him, even if it’s an increasingly narrow one.

Not only is the far-right Boebert ahead in the polls, despite a long trail of gaffes, controversies and investigations following her around the state’s sprawling 3rd Congressional District, but she also has about twice as much money to work with and a much bigger platform on social media.

The former Aspen City Councilman wants to draw a distinction between himself and Boebert, who he repeatedly says works in the “anger-tainment industry” and paint himself as a problem solver with a broad range of experience that could help represent the district’s people.

Frisch said he was born and spent the first few years of his life on the Fort Peck Indian Reservation in northeast Montana before his family moved to Minneapolis where he spent the rest of his childhood. He went to college at the University of Colorado, Boulder and then moved to New York City where he briefly waited tables before jumping into the financial industry first as an analyst and then a currency trader.

In a word, terrorism played a significant part in Frish’s decision to head back to Colorado.

Frisch said he was on the 100th floor of the World Trade Center’s north tower during the 1993 bombing. He recalled hours of waiting on the roof, unsure of what happened, before walking down 100 flights of stairs covered in soot.

He was there during the 2013 Boston Marathon bombing, which killed three people and injured hundreds more.