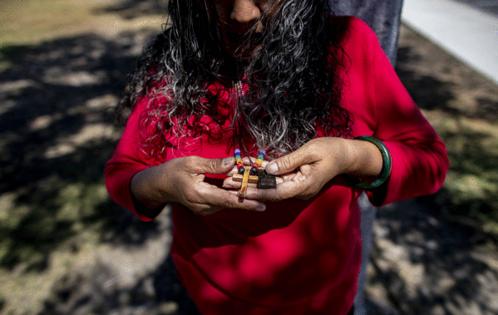 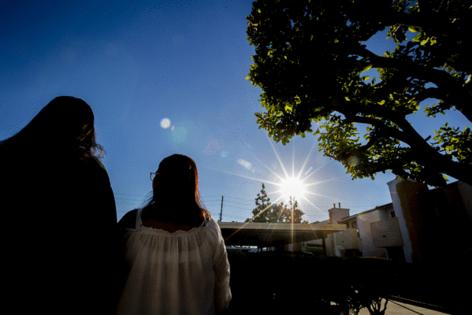 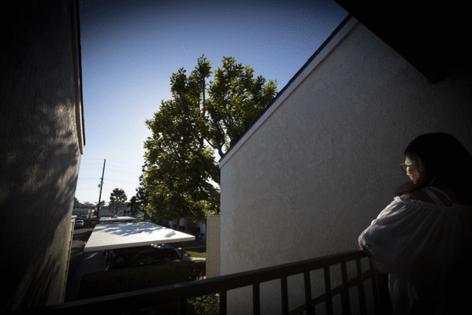 LOS ANGELES — Ana Lopez was 14 when her mother shared some gossip about a woman in their Huntington Beach neighborhood who, rumor had it, had gotten an abortion.

"How could they kill that innocent baby?" Bertha Valdez asked her daughter. "Catholic people don't do that."

They didn't really talk about sex, Lopez says, and Valdez's denunciation of abortion was unwavering. So Lopez listened and said nothing, even though she already believed women should have the right to choose what they do with their bodies.

Nearly three decades later, Lopez, now 40, says the memory remains vivid, a reminder of her family's long-standing beliefs — and of how important it was for her to break with tradition and challenge the stereotype of Latinos as socially conservative. She has made it a point to teach her two daughters and son about reproductive health and abortion.

Recently Lopez — along with her 15-year-old daughter, Emily — has found herself lamenting that for many American women, the right to choose will be determined by politicians.

The Supreme Court's reversal of Roe v. Wade after nearly a half century and subsequent abortion bans in many states have pushed reproductive rights to the forefront of the political debate ahead of the midterm elections.

Political science and consulting experts predict the controversy will catalyze Democrats and inspire many young Latinas who aren't die-hard Democrats — and might have otherwise skipped voting in the midterms — to fill out their ballots.

But for Lopez, abortion rights are also at the heart of a family dynamic that has been evolving over 50 years. The issue has been divisive and unifying among the women in her family and has led to some shifts in perspective she could never have imagined as a 14-year-old girl.

Lopez, a registered Democrat who works at a call center for a grocery store, is among those likely to choose a candidate who aligns with her views on reproductive rights. Her political outlook, she said, flows out of her childhood experiences — shadowed by Catholicism, conservatism and Valdez, her strict and skeptical immigrant mother. And Valdez, in turn, was shaped by her own childhood and challenges.