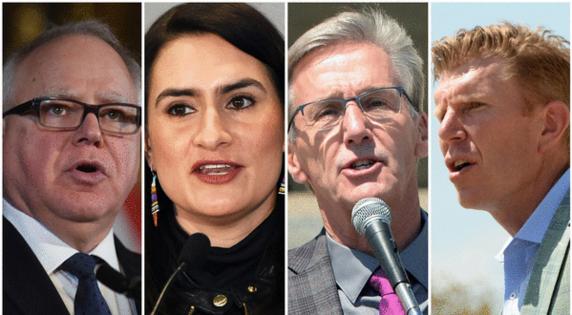 Those are some of the words and ideas Minnesotans will hear a lot about in the coming months. Following Tuesday’s primary elections, the stage is set for November’s general election.

That’s a lot of politicking.

Every race is different, and political veterans will remind us that voters often vote for people, not just issues. Still, broad themes and issues that cut across wide groups of people will likely come in front of all of us. Here’s some of what we know, now that the primaries are over, and some of what to expect, based on discussions with candidates, campaigns and political insiders.

One takeaway from the primary is that forces of moderation are in play for both parties.

Inside the Republican party, far-right forces are growing in influence, and Tuesday’s results bore that out: A number of Republican primaries resulted in victories for candidates aligning themselves with far-right groups, such as Action4Liberty, over more traditional Republican candidates.

However, there was a limit to that. Five incumbent Republican state lawmakers faced primary challenges from candidates to their right. All those incumbents won. Similarly, an attempt by attorney general candidate Doug Wardlow to campaign against Republican nominee Jim Schultz on the argument that Schultz isn’t conservative enough failed. The takeaway: While far-right voices are growing in Republican ranks, they’re not necessarily running the show.

Intra-Democratic battles between the center of their party and the far-left forces within also played out — and also showed signs of moderate strength. The most visible was the narrowness of the victory for U.S. Rep. Ilhan Omar, D-5th. Challenger Don Samuels, who campaigned on a public safety platform that accused Omar of supporting the defund-the-police movement, lost by a mere 2 percentage points. In St. Paul’s East Side, Democrat Liz Lee campaigned on a fairly standard Democratic message and routed state Rep. John Thompson, an outspoken Black Lives Matter activist whose rhetoric, for some of his peers, broke the limits of civility. Thompson had also been bruised by other controversies.