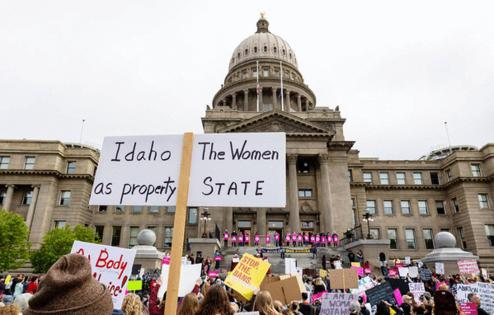 The decision came a little more than a week after a hearing addressed two lawsuits filed by Planned Parenthood in recent months. The first challenged an Idaho law that would let certain family members of a fetus sue health care professionals who perform abortions. The second challenged a state law that bans nearly all abortions.

The Idaho Supreme Court also vacated a stay granted in April that held off Senate Bill 1309, which allowed certain family members of a fetus to sue medical providers if an abortion is performed after roughly six weeks of pregnancy, before many women know they’re pregnant.

The court also rejected requests to send the abortion ban case to a lower court and decided to consolidate the two lawsuits, plus a third challenging Idaho’s fetal heartbeat law, into a single case.

Planned Parenthood has also filed a lawsuit on a third abortion law that bans abortions after the detection of a so-called fetal heartbeat, which medical experts said is more accurately described as electrical activity.