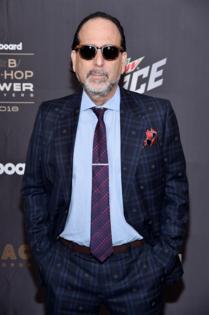 Now Findling’s law firm represents a former president in one of the highest profile cases in the country.

“Drew is a spectacular attorney and the former president could not have chosen better,” said Atlanta criminal defense attorney Bruce Morris.

Findling, known for his trademark dark sunglasses, is a former president of the National Association of Criminal Defense Lawyers. On his Twitter account, he refers to himself with the hashtag #billiondollarlawyer.

Little, both a criminal defense lawyer and civil litigator, once prosecuted major cases for the DeKalb County District Attorney’s Office. In 2010, she was named Attorney of the Year by the DeKalb DA’s office.

When reached Thursday, both Findling and Little declined comment.

Findling, who is active on social media, has sent out a number of tweets critical of Trump. For example, in 2018 when Trump criticized NBA star LeBron James, Findling tweeted, “POTUS pathetic once again!”

The special purpose grand jury was convened in May. Fulton County District Attorney Fani Willis has said the primary impetus behind the probe was Trump’s Jan. 2, 2021, phone call to Secretary of State Brad Raffensperger in which he asked Raffensperger to “find” him 11,780 votes, one more than was needed to overturn the election results.

Trump has said he did nothing wrong and characterized the conversation as a “perfect phone call.”