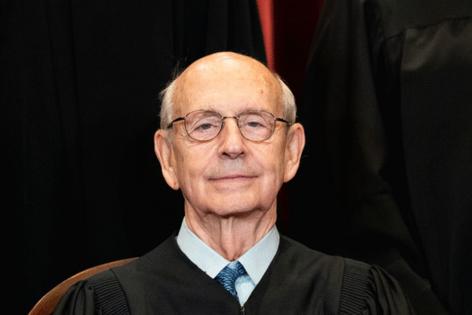 PHILADELPHIA — Recently retired Supreme Court Justice Stephen Breyer has been named the honorary co-chair of the of the National Constitution Center’s board of trustees, where he joins Justice Neil Gorsuch, who has served in that position since 2019.

The pair’s collaboration to further the center’s goal of “nonpartisan constitutional education and civil dialogue” is important “in this polarized time,” center president and CEO Jeffrey Rosen said. Breyer joins the center’s board nearly two months after the overturning of Roe v. Wade, and amid a historic low in public confidence in the Supreme Court, according to a Gallup poll released in June.

Breyer, 84, retired from the court June 30, capping a 28-year career as a justice. Justice Ketanji Brown Jackson, the first Black woman to serve on the court, filled his seat.

A liberal-leaning justice, Breyer voted to uphold Roe, while the conservative Gorsuch, 54, voted to overturn it. Since then, the court has issued rulings considered conservative victories on topics including gun rights, climate change and religion.

Breyer made his first public appearance since his retirement earlier this month in Chicago, telling the American Bar Association Conference that he’s “still an optimist” despite the country “going the wrong way from time to time.”

“Justice Breyer and I share a commitment to inspiring Americans to learn about the U.S. Constitution,” Gorsuch said in a statement. “I look forward to working together with the National Constitution Center to champion civic education in the years ahead.”